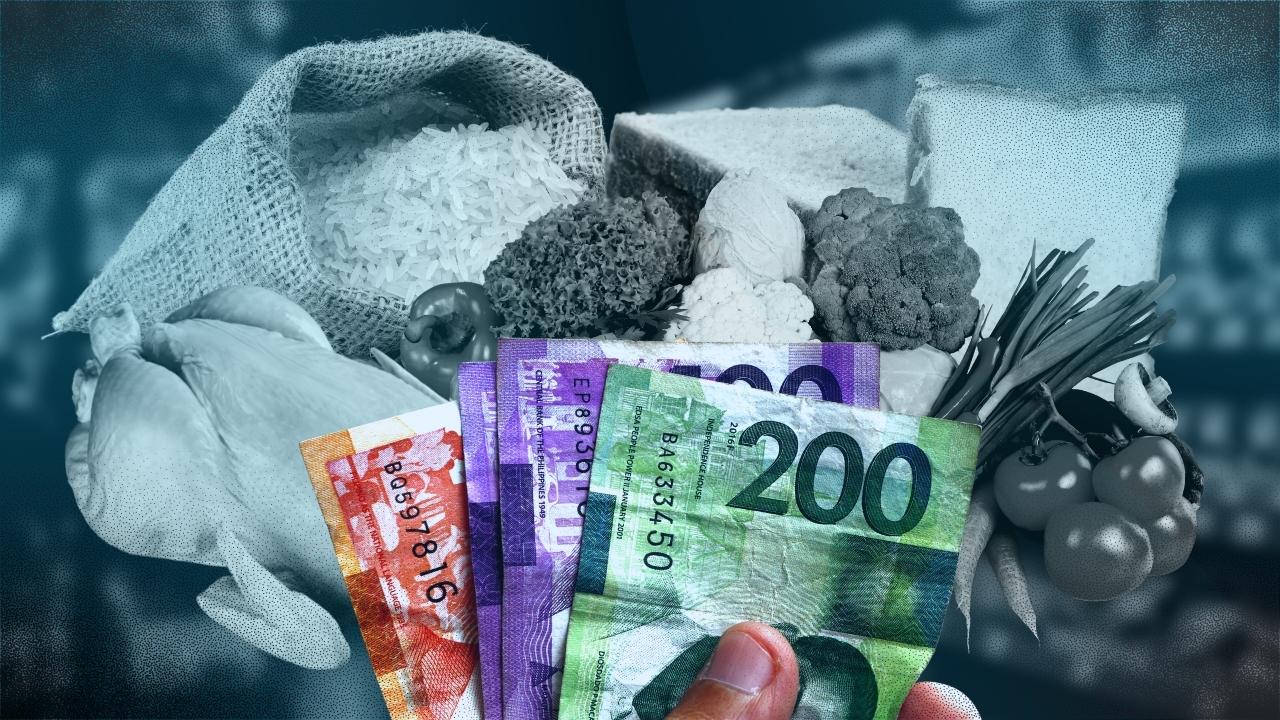 MANILA, Philippines—One of the biggest promises of President Ferdinand Marcos Jr. was the one he made last June 30 when he said he envisioned a food-resilient Philippines.

He had stressed that the role of agriculture cries for immediate attention that its neglect and misdirection now demand: “Food sufficiency must get the preferential treatment.”

READ: ‘None but one delivered,’ Marcos says on promised food self-sufficiency

This was the reason, Marcos said, that he decided to lead the Department of Agriculture (DA) “at least for now,” saying that “as for agriculture, I think the problem is severe enough”.

Two months later, he is now confronted with several challenges that threaten food security—problems that also hindered the growth of the agricultural sector for decades.

So last Monday (Sept. 12), Marcos met with his Cabinet to discuss the review of laws and proposed legislation to improve food supply and distribution. Malacañang said the discussion covered agricultural products such as rice, pork, fish, and vegetables.

This, as the shortage and inflation of agricultural products were expected to make life more difficult, especially for the 19.99 million Filipinos who were considered by the government as “poor” last year.

The UK-based think tank Pantheon Macroeconomics said inflation—the rate of increase in the prices of basic commodities—is expected to stay higher than five percent because of the continuous rise in the cost of food.

Based on data from the DA, while the cost of a kilo of local commercial rice—special, premium, well-milled, and regular milled—is steady at P50, P45, P40, and P38, a P6/kilo increase is possible because of the high palay production cost.

The DA said this last June, stressing that the expected rise is because of higher palay production cost, which is seen to increase by P3.13 a kilo from P11.52 a kilo in 2020.

The cost of a kilo of livestock and poultry products is also steady—beef brisket (P360), pork kasim (P300), pork liempo (P370), chicken (P180), and egg (P7)—but in his column, author Jarius Bondoc said that problems related to these products can always recur.

This, as former Agriculture Secretary William Dar had said, the COVID-19 crisis and Putin’s invasion of Ukraine have had a “ripple effect” on the supply of feed for livestock and aquaculture since most of these come from outside the Philippines.

Vegetable prices are likewise soaring, with Bondoc saying that years of “bad governance” have clobbered farmers as “over-importation and unabated agri-smuggling drove many planters out of business”. 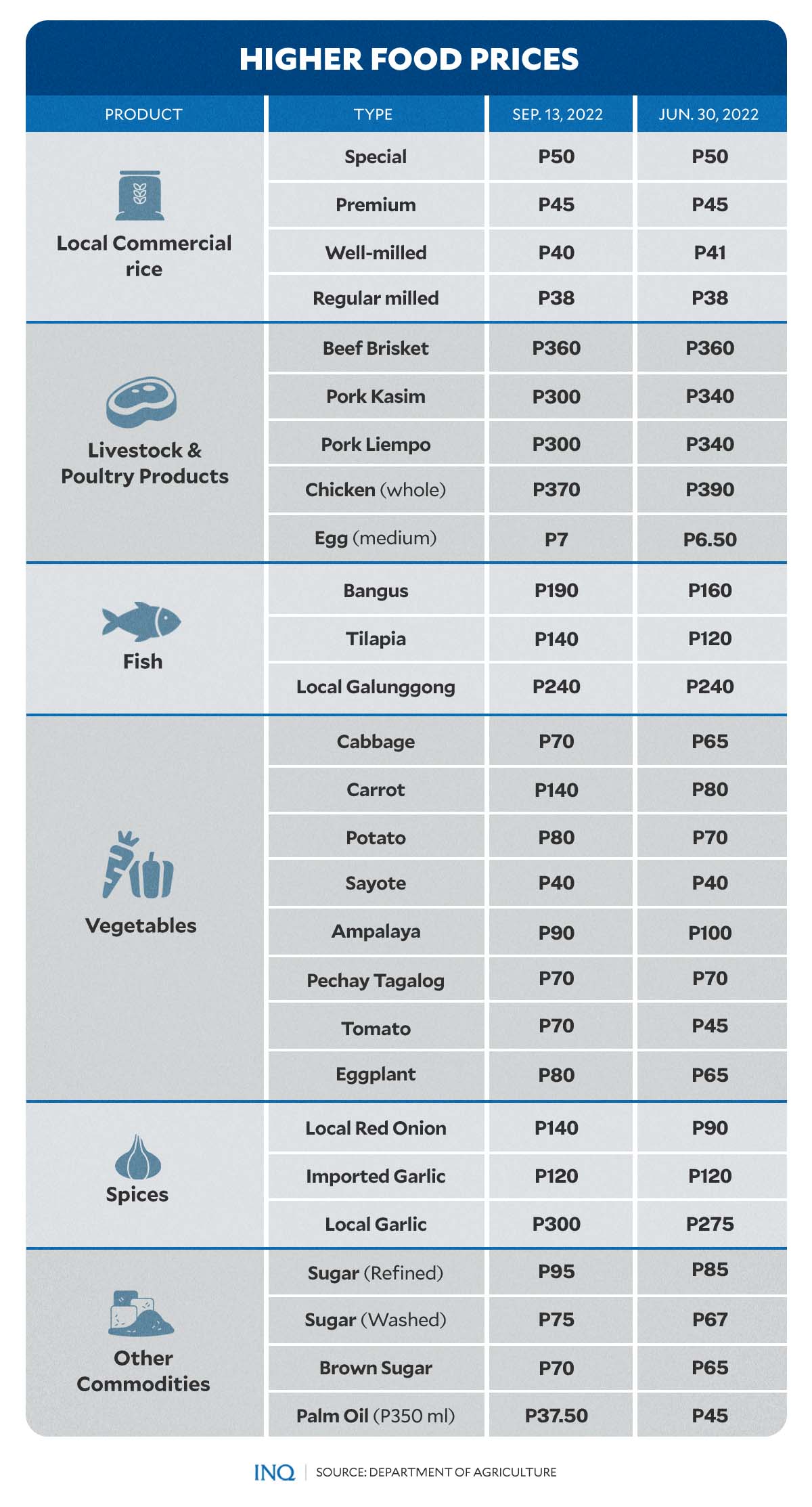 The US Department of Agriculture said the Philippines’ pork imports are expected to reach 400,000 this year, higher than what was initially projected—375,000 metric tons.

Its Foreign Agricultural Service explained that the new projection was because of the adjustment to the recent release of Executive Order (EO) No. 171, which was signed in May by then President Rodrigo Duterte.

The executive order extended lower tariffs on pork, which was mandated by Duterte’s EO No. 134 that was signed last year to bring down prices and stabilize supply of pork.

Recently, Marcos approved the importation of 150,000 metric tons of refined sugar— for industrial use and consumer use—to “ensure” domestic supply and “manage” the cost of sugar.

But peasant activist and former Agrarian Reform secretary Rafael Mariano stressed that with enough government intervention, the Philippines will always be able to meet all of its food requirements.

The problem, however, is that the government continues to implement neoliberal policies, which pave the way for import liberalization. “It is not using domestic support and trade remedies,” he told INQUIRER.net. 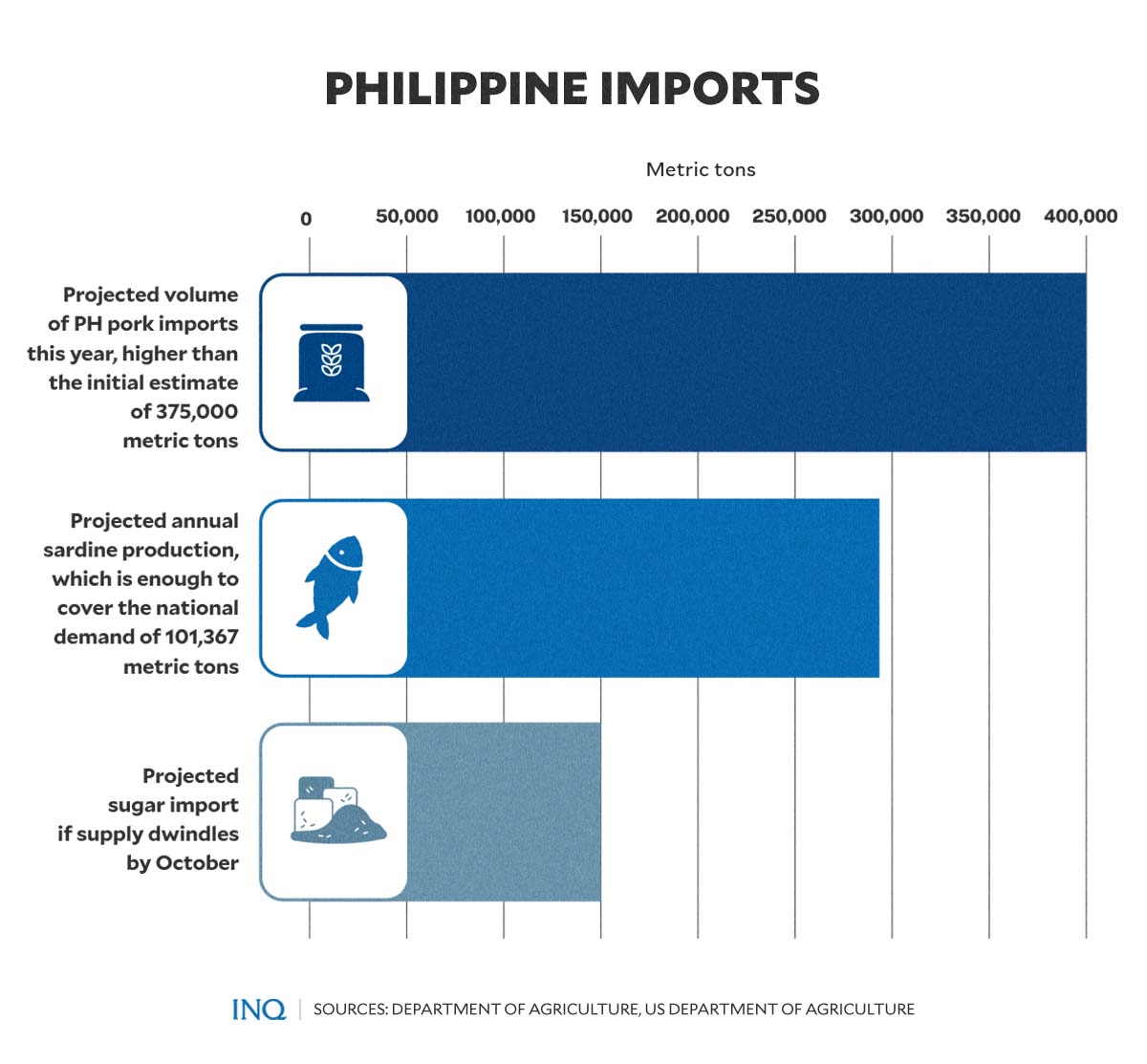 Lawyer Asis Perez, a Tugon Kabuhayan convenor, said the Philippines has been “import-oriented” in the past six years: “We were importing high volumes of pork, rice, and even chicken. Lately, we’ve been even importing fish, too”.

Asis told INQUIRER.net that “there has been an import dependency and now, imports that are not necessary, most especially, have competed against our local producers”.

“Most of our producers, especially those in aquaculture, lost money last year because of that policy of relying on imports even if we believe that it is not necessary. It competed against our producers and as a result, local producers incurred losses,” he said, saying that this made local producers afraid to produce so much. 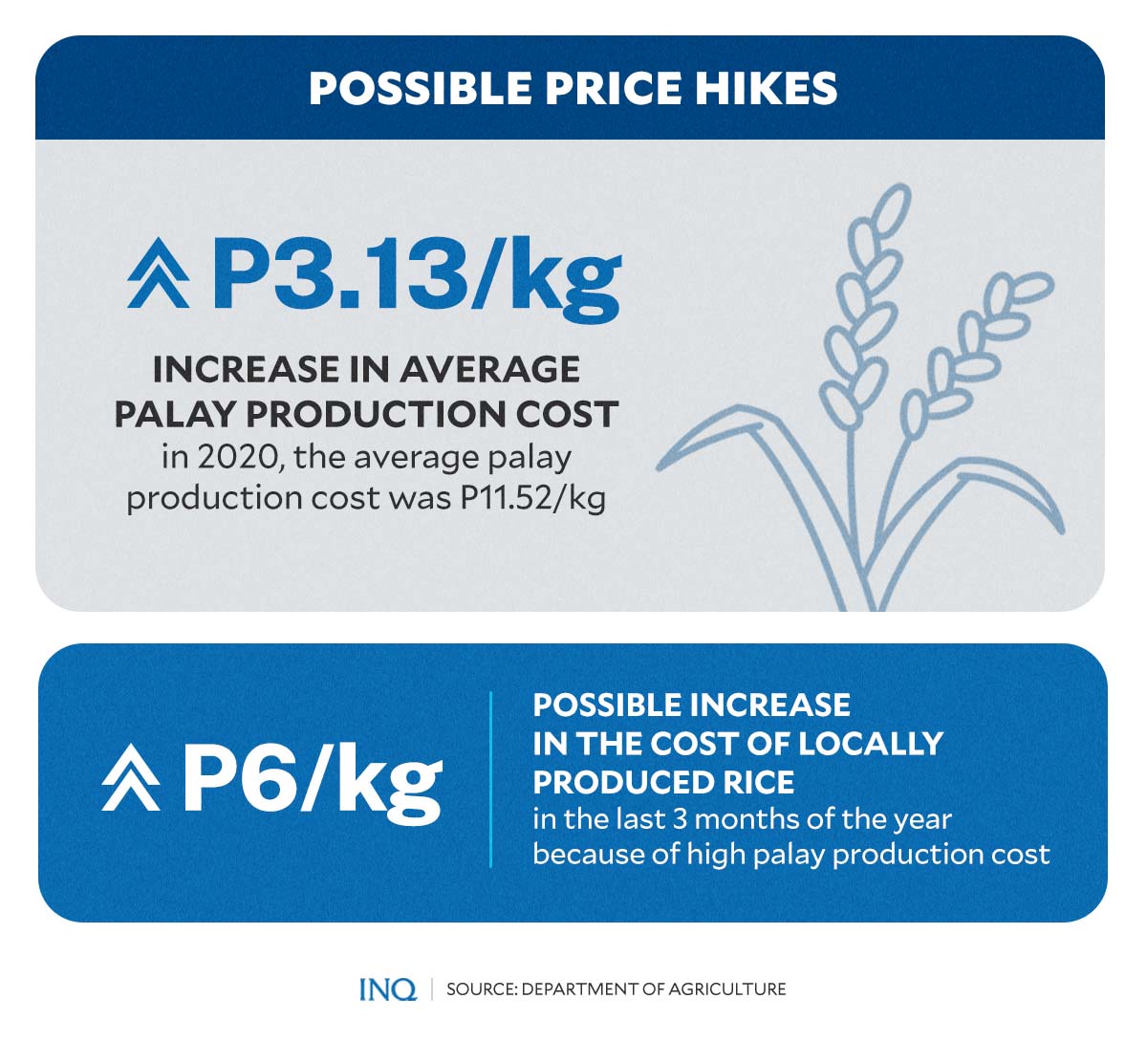 He said this is also the case for some products such as rice and vegetables, stressing that relentless importation, even if not necessary and done while Filipinos were harvesting, “adversely affected their income”.

“Because they incurred losses, where will they get their resources to buy fertilizers? Even the cost of fuel, which is used for their farm equipment, is also high. This is one of the reasons why production is not that good,” he said.

DA needs to do more

Recently, an oversupply in garlic and cabbage was seen, and Agriculture Undersecretary Domingo Panganiban blamed farmers, saying that “they plant crops without thinking about the market for their harvests”.

However, Agot Balanoy, spokesperson of the League of Associations-La Trinidad Vegetable Trading Area, told Teleradyo that farmers should not be blamed, instead, the government should take the lead in crop programming.

“It’s true that we don’t have crop programming here. But I don’t think that it falls on the farmer to think of what to plant so there wouldn’t be an oversupply or undersupply,” she said.

“These are individual farmers. Those planting in one municipality do not know what is being planted in other municipalities. That’s why they don’t have any way of knowing that what they planted was also planted by their companions.” 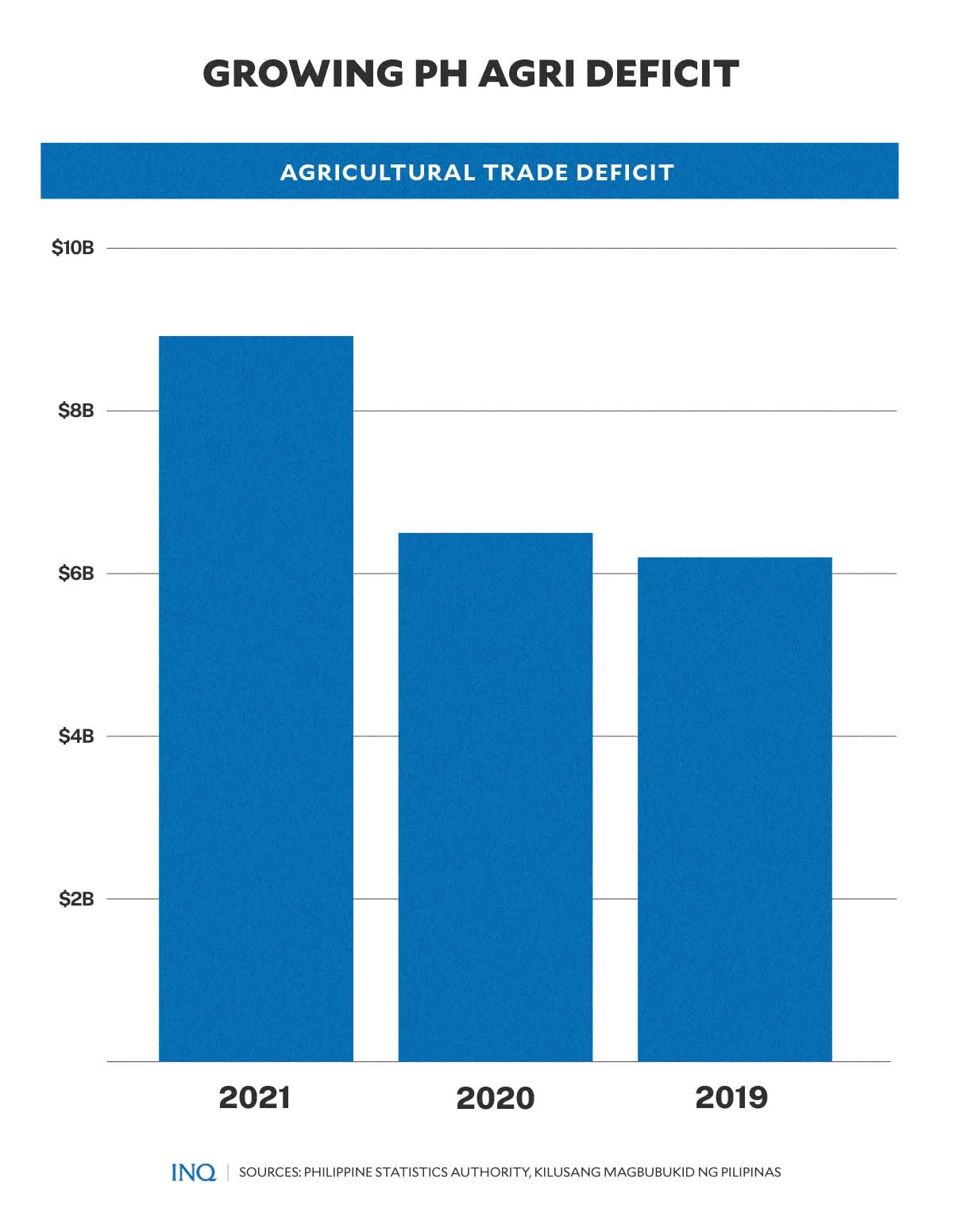 To help farmers, Mariano and Asis said the government should heed the call for production subsidy, saying that because of higher farm inputs, “subsidy is the only option available”.

Asis also said that since the food crisis is seen to push up living expenses, Filipinos would need to tighten their belts and instead, spend their resources on the most essential goods and services that they need.

This way, he said, we would be helping our local producers, too. Asis also stressed the need for Filipinos to use alternatives in the meantime.

Last month, the National Economic and Development Authority said the government is committed to ensuring food security and affordability, and reducing transport logistics costs to arrest the rise in inflation and protect Filipino consumers.

But for the long-term, Asis said the government needs to strengthen the irrigation system, saying that at least 50 percent of farms should be irrigated: “It will be enough to cover whatever deficit we have”.

“The post-harvest facilities for all crops, we need to minimize the post-harvest losses.  If we can only make 80 percent to 85 percent of crops usable, the increase, I think, will create a lot of difference in terms of availability and prices,” he said.