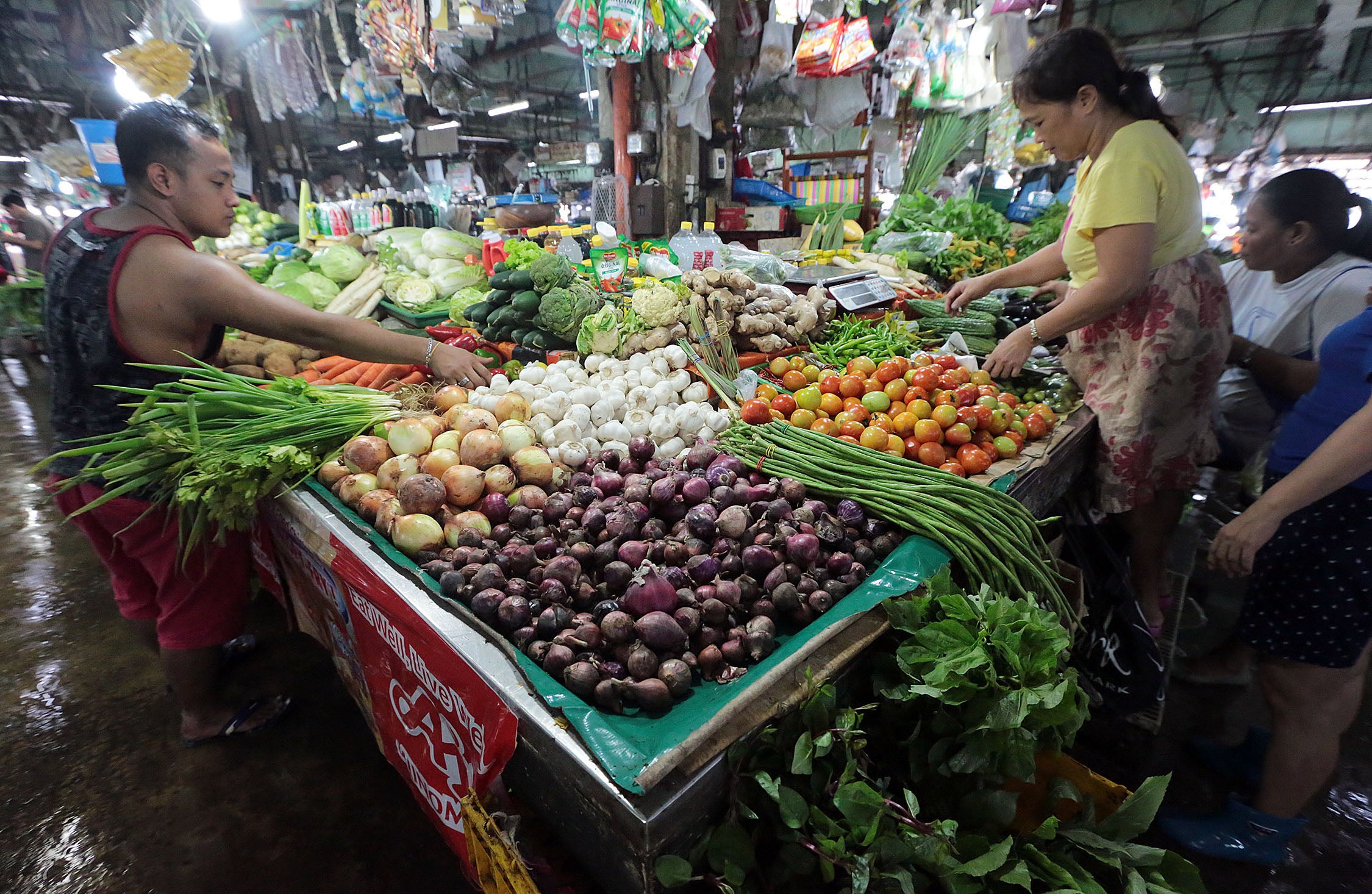 Inflation, or the rate of increase in prices of basic commodities, is expected to flirt with 6-percent year-on-year level beginning this month before tapering off toward 5 percent in the remainder of the year, according to Pantheon Macroeconomics.

In their latest commentary on the Philippines, the UK-based research group said increasing food prices continued to be the main driver of rising inflation.

Other components considered in measuring inflation include the cost of housing, utility services and fuel, transportation, clothing and footwear, health, alcoholic beverages, recreation, and restaurant and miscellaneous services.

“We said previously that this (the inflation rate in May, which was 5.4 percent) should mark the peak, but food price pressures have yet to show any signs of letting up,” said Miguel Chanco, chief economist for Emerging Asia at Pantheon Macroeconomics.

Chanco said food prices jumped by 7.9 percent in the period March to May compared to the preceding three-month period, December to February.

“We now reckon that food inflation will see another leg up in June, to around 5.5 percent, causing the headline [overall inflation] rate to flirt with the 6-percent level,” he added.

Chanco added that headline inflation looked set to stay above 5 percent in the second half of the year, although the trajectory will likely be “more palatable” as Pantheon Macroeconomics expects slower increases in oil prices.

According to the World Food Programme (WFP), food security in the Philippines was so far “normal” even with an estimated 15 percent of the population—about 15.8 million Filipinos—deemed having “insufficient food consumption.”

In a report jointly prepared by the WFP and the Food and Agriculture Organization (FAO), the two UN agencies warned that acute food insecurity was likely to deteriorate further in 20 so-called hunger hot spots.

The report, which covers the WFP and FAO outlook for the period June to September 2022, shows the list of hot spots as mostly countries in Africa but also including Afghanistan and Sri Lanka in Asia.

In a separate report, the FAO-attached Agricultural Market Information System (Amis) said the global food security situation was expected to worsen with the war in Ukraine dragging on.

“However, extreme weather conditions combined with a lack of fertilizer supplies and persistent logistical constraints could easily turn a food access crisis into a crisis in availability, which would further darken the outlook for the world’s most vulnerable,” it added.

According to the International Labor Organization (ILO), the annual rate of inflation worldwide, as measured by the consumer price index (CPI), accelerated to 9.2 percent in March 2022, up from 7.5 percent in February 2022, 6.8 percent in January 2022 and 6.4 percent in December 2021.

The inflation rate in March 2022 was more than twice the rate of 3.7 percent recorded in March 2021. This jump in the CPI by 5.5 percentage points between March 2021 and March 2022 constitutes the highest increase in any 12‑month period since the beginning of the data series in January 2019, the ILO reported on its website.