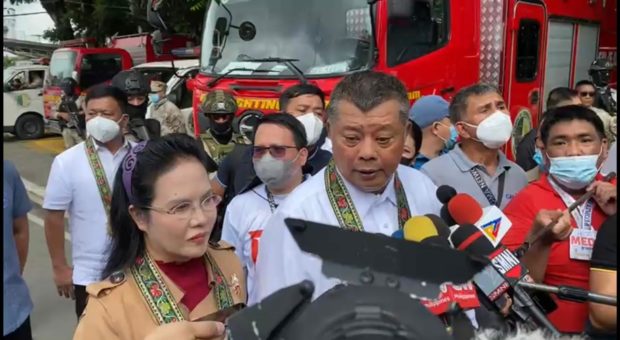 MANILA, Philippines — Over 300 inmates or persons deprived of liberty (PDL) have been simultaneously released on Tuesday from several penal facilities under the Bureau of Corrections (BuCor).

(He was very enthusiastic that he pushed us all to work fast, and we did. This is why the number of released PDLs has increased.)

The biggest chunk of the 371 or the 240 inmates released have served their maximum jail terms, 31 have been acquitted while 98 were given parole, and two are under probation.

Remulla said this would not be the last of batches of deserving inmates who will be given a new lease on life.

“There will be more,” he told reporters, adding that he is hoping that there will be another batch to be released in the next few months.

The Department of Justice,  which supervises BuCor, wants to decongest the country’s penal facility in Muntinlupa. To date, Remulla said it has around 300% percent decongestion rate.

DOJ, DILG push for digital records to speed up processes

Your subscription could not be saved. Please try again.
Your subscription has been successful.
Read Next
LTO, Dermalog vow to fix the lag in online systems
EDITORS' PICK
House energy committee chair Arroyo bats for cheap electricity
CBCP releases litany of thanks for better health
Omega Speedmaster super racing: Tiny device massive change
vivo Philippines offers a free bouquet of flowers and a premium necklace perfect for Valentine’s Day
US gets access to more PH bases
12-year data track poor training of PH teachers
MOST READ
Don't miss out on the latest news and information.