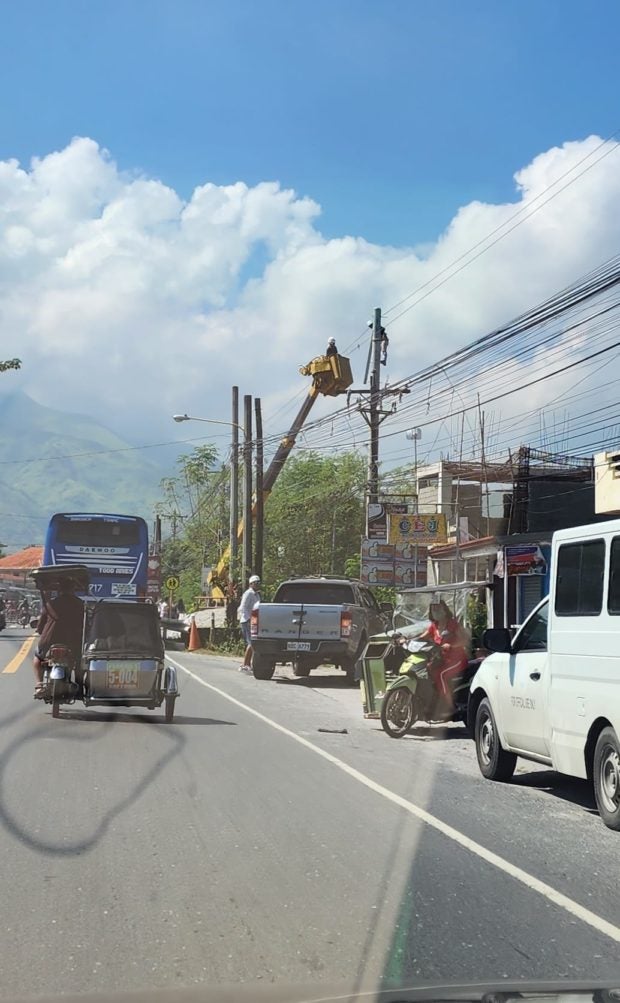 A lineman from the Zambales II Electric Cooperative (Zameco II) fixes an electrical post in the province. The power distributor will reduce its electricity rate starting this month after consumers opposed a rate hike. (Photo from Zameco II Facebook page)

SAN ANTONIO, Zambales — The electricity distributors in this province and nearby Olongapo City will reduce their power consumption rates after the recent protests of several consumers and a dialogue with local officials.

Rep. Jay Khonghun of the province’s first district announced on Monday, Sept. 12, the rate adjustments made by Zambales Electric Cooperative (Zameco) I and II and the Electricity Distribution Company, Inc. (OEDC) after he met with their officials, including those from San Miguel Energy Corporation.

Zameco II increased its rates from P17.2251 per kilowatt-hour (kWh) in July to P20.4756 per kWH last August, citing the rising fuel and international coal prices. But starting this month, the power distributor will reduce its rate by P4 per kWh.

Zameco I, which serves the northern towns of Botolan, Iba, Candelaria, Masinloc, Palauig, and Sta. Cruz, will also reduce its rate by P2 per kWh. The OEDC also agreed to slash P2 per kWh for September’s billing. INQ