Prince William honored to be made Prince of Wales–statement 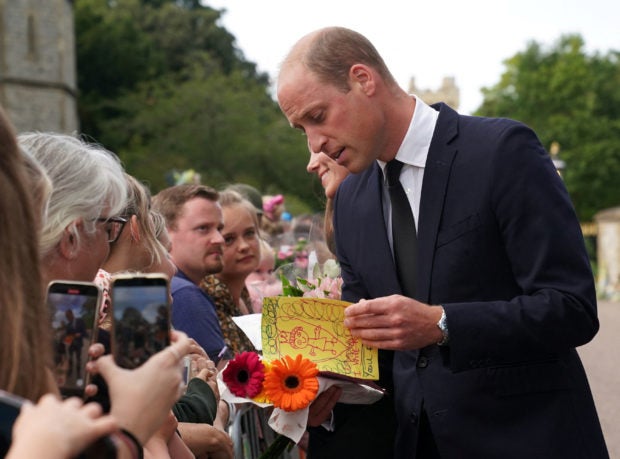 LONDON –Prince William said he was honored to be made the new Prince of Wales when he spoke with Welsh First Minister Mark Drakeford on Sunday, Kensington Palace said in a statement.

William was given the title, previously held by his father for more than 50 years, following the death of his grandmother Queen Elizabeth last week.

“The Prince acknowledged his and the Princess’s deep affection for Wales, having made their first family home in Anglesey including during the earliest months of Prince George’s life,” the statement said.

“The Prince and Princess will spend the months and years ahead deepening their relationship with communities across Wales. They want to do their part to support the aspirations of the Welsh people and to shine a spotlight on both the challenges and opportunities in front of them.”