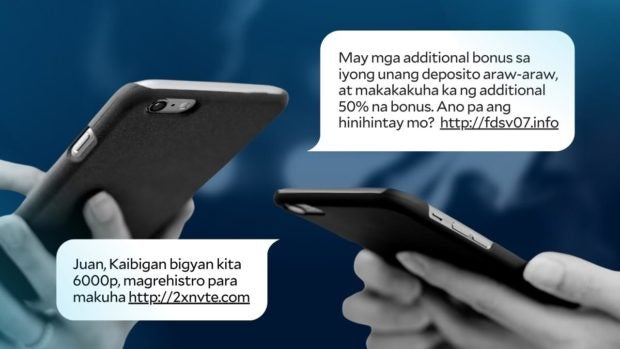 NTC Commissioner Gamaliel Cordoba on Thursday said that the numbers complained about have already been blocked.

“For 2022 po, we have around 800 complaints and na-block po lahat ng (we blocked all) numbers na kinomplain (that were reported),” Cordoba said during the Senate Committee on Public Services hearing.

Senator Grace Poe, the chairperson of the panel, found the meager figure “tragic” as there may be over 100 million cellphone users.

(You know, this is so tragic. It’s funny already. I mean, you only received 800 complaints because even I, do not know that you have a hotline.)

Poe was stunned to learn that Cordoba, a 12-year NTC employee, had forgotten about the company’s dedicated complaint hotline for text fraud.

“You know I’m very disappointed. If you are really serious about this issue, this would be at the top of your head and you would really tell the public, ‘this is the number that you call and you text,'” the senator stressed.

Cordoba noted that the complaint hotline for text scams is 8966-7722.

During the 18th Congress, the Senate and the House of Representatives ratified the proposed SIM Card Registration Act, which seeks to curb fraud and other crimes using SIM cards and fight online trolls.

The measure, however, was vetoed by former President Rodrigo Duterte as the social media providers’ inclusion in the registration requirement “was not part of the original version of the bill and needed a more thorough study.”