Day 34 of Corona trial: How BGEI lot was sold to Manila | Inquirer News

Day 34 of Corona trial: How BGEI lot was sold to Manila 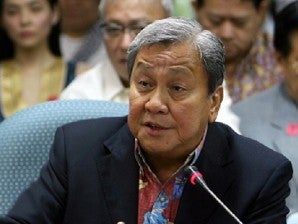 The capital gains tax and the value-added tax had not yet been paid 11 years after the sale of the Basa-Guidote Enterprises Inc. (BGEI) property between Cristina Corona, wife of Chief Justice Renato Corona, and the Manila city government.

The title is also still in Cristina Corona’s name.

This was pointed out by Senator Franklin Drilon to former Manila Mayor Lito Atienza, a witness for the defense, on the 34th day of the impeachment trial of Corona.

The lead defense counsel, Serafin Cuevas, later pointed out that no capital gains tax may be levied on the property.

The certificate from the corporate secretary of BGEI did not say that Cristina Corona was authorized to receive the P34.7-million payment for the sale of the company’s property,  Atienza said Thursday.

Quoting the 1987 certificate from BGEI corporate secretary and Cristina’s mother, Asuncion Basa Roco, Atienza said Cristina was appointed as the exclusive agent to negotiate, sell and dispose of the property in Sampaloc, Manila, and to execute, sign and deliver documents necessary for the sale, transfer and disposition of the property, and was entitled to a 5-percent commission of the total purchase price.

“There is nothing there that says she can personally receive [payment],” Atienza admitted in reply to private prosecutor Renato Samonte.

Samonte also was able to get out from Atienza that his secretary for nine years while he was the mayor of Manila,  lawyer Emmanuel Sison, was the classmate of Renato Corona at the Ateneo law school.

Atienza said the check was issued to Cristina “entrust for the Basa Guidote Enterprises Inc.”

If BGEI sold the property, Senate President Juan Ponce Enrile asked why then did the city government issue the check to Cristina.

“It’s for the security of the transaction and of the check. Somebody has to be responsible. We don’t know Basa Guidote Enterprises. The party were negotiating with was represented by Cristina Corona. She should be responsible for the check. The check is for the corporation,” Atienza said.

When Enrile pointed out that a corporation had stockholders, a board of directors and officers, among others, Atienza maintained that the city government dealt only with her.

Asked by Samonte why they did not issue the check under BGEI’s name, Atienza said the city government did exactly that by issuing the check to Cristina “entrust” for the BGEI.

“I don’t think we can be secure [without the words ‘entrust for’],” Atienza said.

Under questioning by  Drilon, Atienza admitted that he did not exercise due diligence in scrutinizing BGEI documents before the issuance of the check.

Atienza said he read the March 2001 deed of absolute sale but did not scrutinize it. He said it was the city government lawyer who scrutinized the corporate secretary’s certificate. Neither did he ask for a copy of the board resolution as well as the stockholder’s resolution authorizing the sale.

“As I said, it passed through the scrutiny of the city legal department. I presumed that all this was taken care of,” he said.

He also admitted that he did not ask if the BGEI still existed at the time.

Atienza confirmed that the check appeared to show that it was supposed to be deposited in Cristina’s account. He said it was only now that he learned that indeed this was deposited in her account.

Chief Justice Corona has yet to prove that the P34.7-million proceeds from the “negotiated sale” of a Basa-Guidote property between his wife Cristina and the city government in 2001 actually landed in his peso time deposit accounts.

This was stressed on Thursay by Marikina Representative Romero Quimbo, a prosecution spokesperson, who said that the defense was merely using the property as a camouflage for the Chief Justice’s unexplained huge peso deposits with Philippine Savings Bank.

“It was not in his and Mrs. Corona’s name. It was purely in his name,” Quimbo stressed in an interview.

He said the testimony of Atienza for the defense on the sale of the property was expected by the prosecution because the defense lawyers had long wanted to show that the money withdrawn by Corona from his three time deposit accounts on the eve of his impeachment in December last year was not his.

The chief prosecutor, Representative Niel Tupas Jr., told the court that Atienza’s testimony showed that Mrs. Corona had “misappropriated” proceeds of the sale.

Quimbo said the defense wanted to show that Basa-Guidote Enterprises Inc. (BGEI) was the source of the P11 million loan of Corona which was used to purchase his La Vista property.

But Quimbo pointed out that the BGEI, which supposedly owned the property, no longer existed as a corporation as early as 2003.

Thus, he said, it would have been impossible for Corona to have taken out such a loan.

Quimbo said the tug-of-war now revolved around the issue of whether  BGEI indeed had that asset and if it had, whether it was in a position to actually lend money to the Chief Justice.

“We will, of course, certainly raise issues on whether in fact this money belongs to Mrs. Corona, or to the family, or if the Chief Justice can actually access these funds, particularly for the P11 million advance,” Quimbo said.

He said the heart of the defense’s tack was to explain Corona’s cash in the banks and condominium units which were not declared for several years.

“It is incumbent upon the defense to be able to systematically show the chain of custody on how this particular expropriation amount was given by the City of Manila, deposited in one account, deposited in another account, went to this account and eventually landed in the personal account of the Chief Justice,” Quimbo said.

Aurora Representative Juan Edgardo Angara said the amount of money in Corona’s bank accounts was crucial as well as the number of the chief magistrate’s undeclared properties.

Angara raised the possibility that the prosecution might present additional evidence of Corona’s undeclared properties during a rebuttal in light of Land Registration Authority Administrator Eulalio Diaz III’s admission that the list he submitted was not a product of a nationwide search of transfer certificates of title and condominium certificates of title in the name of Corona and family members.

He said that the prosecution might also present evidence on the Basa-Guidote properties with respect to the bank accounts.

The impeachment trial adjourned for a Lenten break. It will resume on May 7.

In his testimony, Atienza admitted that the city government pressured BGEI into selling its 1,020-square meter property in Sampaloc, Manila, as early as 1999.

A sale was consummated in 2001 with Mrs. Corona, who presented a certification as authorized representative of the Basa family and received a check of P34.7 million.

Defense lawyer Eduardo delos Angeles presented Atienza as a witness yesterday to prove that Corona borrowed P11 million from the proceeds of the sale of the BGEI lot.

Corona entered the loan in his statement of assets, liabilities and net worth (SALN) and later, supposedly used the funds to purchase a property in La Vista Subdivision in Quezon City.

The La Vista property was eventually sold for P18 million which defense lawyers said was used, along with the proceeds from another property in Ayala Heights, to purchase his two condominium units in Taguig City.

Atienza said city authorities eyed the BGEI’s 1,020-square meter lot located at the corner of Figueras and Legarda Streets, in Sampaloc, Manila, as early as 1999.

The former mayor said the Light Railway Transit Authority (LRTA) at that time indicated interest in acquiring the site of the old Sampaloc Market as the location for the proposed Legarda Station of the second line of the LRT.

Atienza recalled that Mrs. Corona presented a certification from BGEI “stating very clearly that the corporate board assigned a certain Maria Cristina Corona to ask for and behalf, to negotiate and even accept payment for whatever agreement we may arrive at.”

He said the certificate dated June 19, 1987, was executed by Asuncion Basa-Roco, corporate secretary of BGEI.

“The letter was attested by Sister Concepcion Basa,” Atienza said.

He said Mrs. Corona was with her husband that time. The witness said he knew Corona then as the presidential legal adviser of then President Fidel Ramos.