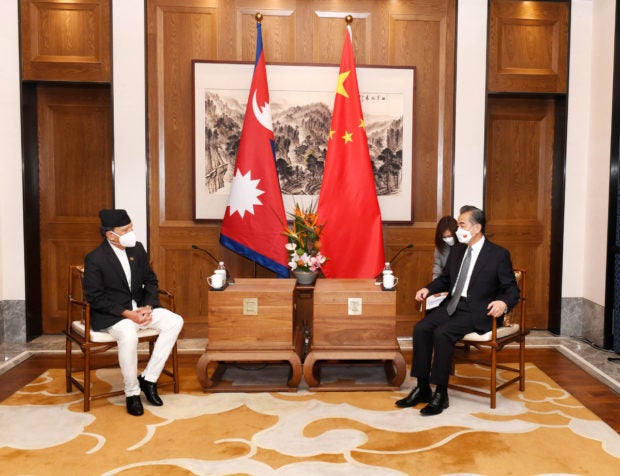 BEIJING — Nepalis are dreaming of a China-Nepal cross-border railway that they believe will enhance connectivity, trade and people-to-people exchanges between the two countries and beyond, said Bishnu Pukar Shrestha, Nepal’s ambassador to China.

While meeting with visiting Nepali Foreign Minister Narayan Khadka last month in Qingdao, Chinese State Councilor and Foreign Minister Wang Yi announced that China will use aid funds for Nepal to support the feasibility study of the China-Nepal cross-border railway, and will send experts to Nepal to conduct survey work within this year.

The two sides will also build a Trans-Himalayan Multi-dimensional Connectivity Network, according to a statement issued after the ministers’ meeting.

“The China-Nepal cross-border railway is designed to link Shigatse of the Tibet autonomous region and Keyrung Port of Nepal,” Shrestha said. “The railway is not only important for Nepal, but also strengthens connectivity with neighboring countries. For example, India will also have the opportunity to benefit from it.”

Shrestha said transportation has stagnated due to the COVID-19 pandemic, and many goods have been stuck in the land ports and personnel flows have also been hindered.

“The Nepali government and people are looking forward to the construction of the railway as soon as possible. We will definitely benefit from it, including trade and people-to-people exchanges,” he said.

“Once the China-Nepal Railway is completed, it will greatly save time and transportation costs for cross-border trade. Goods that used to have to be shipped to China or India by sea can also be transported via the railway at a significant cost reduction,” he said.

As Tibet is a famous tourist resort, he also expects more tourists to cross the border to visit Nepal once the railway has been completed.

The construction of the China-Nepal cross-border railway will meet many obstacles such as challenging topography and high altitudes. Linking China and Nepal by railway also requires tunneling through the Himalayas, an unimaginably complex engineering feat.

Shrestha said he is confident in Chinese technology, as China has rich experiences in construction, including the China-Laos Railway, which opened in December, linking Southwest China’s Kunming with the Laotian capital Vientiane.

He added that accusing China of leading developing countries into so-called debt traps is a misunderstanding or a fabricated story.

“All details concerning the railway, including the cost and the financing, will be discussed and negotiated by both sides together based on mutual benefit and sustainability, which does not bring into anything like debt trap,” he said.