NIA: No water crisis during summer but lacks infra to store rain during wet season 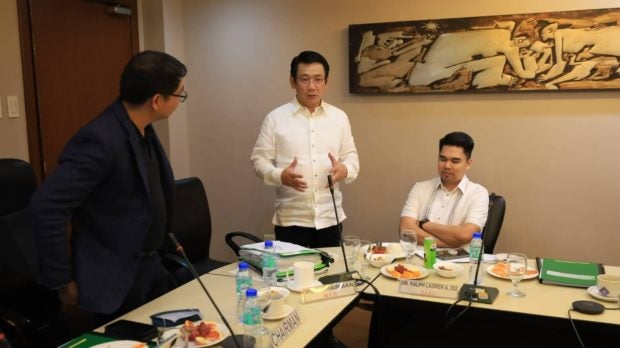 MANILA, Philippines — A common saying goes, “when it rains, it pours,” but for a country with a lack of infrastructure for irrigation, rain can actually be a curse.

However, the National Irrigation Administration (NIA) said it does not have to be that way, as the agency presents its budget proposal during the House Committee of Appropriations hearings on a budget of the Department of Agriculture and the NIA on Monday.

(We have a water crisis because there is so much water that we have become flooded and lack containers. So that’s the target of NIA. We will fix the containers, so we will not have a crisis during the dry season.)

Antiporda noted that the country has 3.129 million hectares, which are estimated to be a potential irrigable area. Of which, around 2.042 million areas have been developed or irrigated, while 1.11 million hectares are yet to reach irrigation.

The NIA administrator said to irrigate the remaining lands, his office would need about P800 billion pesos, which the government alone could not fund.

“We could only address this by coming up with a successful PPP [public-private partnership] because basically, hindi po kaya itong pondohan ng ating pamahalaan [the government alone could not fund this],” he said.

Antiporda also stressed there are about P1 trillion worth of pledges from different investors.

The NIA proposed about P47.4 billion for 2023 but was allotted P41.5 billion under the National Expenditure Program.

NIA is an attached Department of Agriculture agency headed by President Ferdinand “Bongbong” Marcos Jr. as its concurrent secretary.