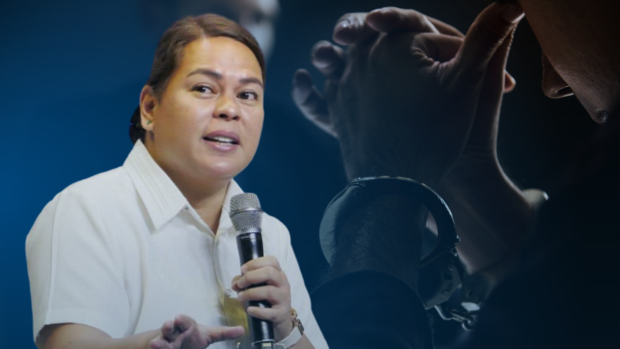 MANILA, Philippines — Vice President Sara Duterte-Carpio on Monday said the government should show “no mercy” to criminals and terrorists as it aims to enhance coordination and cooperation on national security.

That was her directive during the sit-down meeting with the government’s security sector as the country’s caretaker while President Ferdinand “Bongbong” Marcos Jr. is out of the country for his inaugural state visits to Indonesia and Singapore.

“Our objective was to strengthen existing coordination and enhance interagency cooperation on issues concerning our national security and the country’s development,” she said.

“As the caretaker, may I reiterate the Marcos administration’s direction towards aggressively pursuing programs and projects that will address social inequities and further propel the country’s progress post-pandemic,” Duterte-Carpio added.

The vice president said the country’s goals may be “slowed down, held up or hostage(d) altogether by forces motivated to derail our progress off the track.”

The only way the Philippines can recover and rebuild after the pandemic is to have security concerns resolved, Duterte-Carpio said.

She expressed gratitude for the security sector’s professionalism, integrity, commitment, and undying love of our country and the Filipino people.

Marcos is currently on the second day of his three-day state visit to Indonesia (Sept. 4 to 6).

Next, He will be in Singapore from September 6 to 7 to meet with President Halimah Yacob and Prime Minister Lee Hsien Loong.

In his absence, the President designated Duterte-Carpio as the government’s caretaker or officer-in-charge, overseeing “day-to-day operations in the Office of the President and oversee the general administration of the Executive Department.”

Duterte-Carpio was also tasked to act for and on behalf of the President, if necessary, “except on matters that the Constitution requires the President to act in person, during the time that the President is outside the Republic of the Philippines.”

All acts of Duterte-Carpio for and on Marcos under this order shall be deemed presidential unless disapproved by Marcos.

All government departments, agencies, and instrumentalities are then ordered to assist the Vice President.