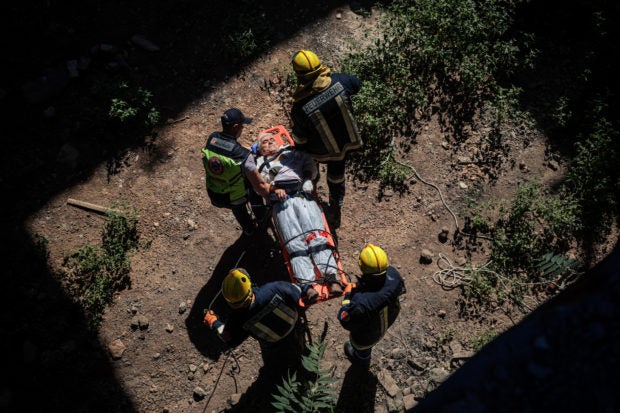 UN nuclear inspectors arrive in the southern Ukrainian city of Zaporizhzhia ahead of a visit to Europe’s largest nuclear power plant, the fate of which has stoked global concern following repeated shelling of the area.

Ukraine and Russia have both accused each other over the attacks which have led to fears of another nuclear disaster in Ukraine, home of the Chernobyl facility which was the site of the world’s worst nuclear accident in 1986.

Rafael Grossi, the head of the International Atomic Energy Agency, who is leading the delegation said his mission was to prevent another accident. The team, which is traveling from Ukrainian-held territory will have to cross the frontline to access the plant.

Russian energy giant Gazprom suspends gas deliveries to Germany through the Nord Stream 1 pipeline for three days, in the latest in a series of supply halts that have fuelled an energy crisis in Europe.

Gazprom said “preventative work” at a compressor unit had forced it to turn off the tap and said it would also suspend gas supplies to France’s main provider Engie from Thursday over what it said were missed payments.

German Chancellor Olaf Scholz assured Tuesday that his country was prepared for the winter, with or without Russian gas.

EU foreign ministers agree to suspend a 2007 visa facilitation deal with Russia that made it easier for Russians to travel to the EU, but stop short of a wider ban sought by some members.

But several other EU members, including Germany and France had resisted the move, arguing that it could prevent young Russians from experiencing democracy at work abroad.

Intense fighting continues across the southern region of Kherson, where Ukrainian forces have been trying to claw back areas seized by Russia at the start of the war.

Kyiv began a major offensive on Monday to retake the city of Kherson itself.

The Russian defense ministry said Wednesday the counteroffensive had “failed” with Ukrainian forces suffering “significant losses and were driven back by Russian troops”.

But the Ukrainian presidency claimed its forces had destroyed “almost all large bridges” over the Dnipro River, a key supply route for Russian forces.