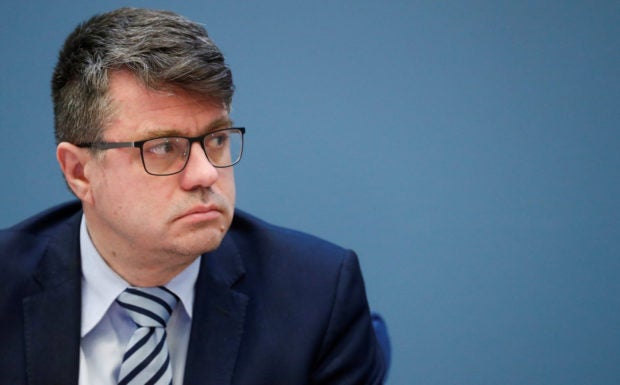 PRAGUE — Estonia aims to stop most Russians from entering the country within weeks, if possible acting in concert with its regional partners, Foreign Minister Urmas Reinsalu said on Wednesday.

“It takes some time, but I think timing is also critical, looking at these vast numbers of Russian citizens entering,” Reinsalu told Reuters in Prague after a two-day meeting with his EU counterparts.

The ministers’ meeting decided to make it more expensive and complicated for Russians to obtain visas to travel to the bloc, but stopped short of agreeing to the EU-wide visa ban that Ukraine and several member states had called for.

The EU was too divided to agree on a blanket ban, and also left unclear what unilateral measures Estonia, Latvia, Lithuania, Poland and Finland, which have land borders with Russia, could take to restrict access to Russian visitors.

However, Reinsalu said Estonia was going to work out a solution in its region through cooperation and based “on our national competence on the grounds of national security.”

His country aimed to turn away Russians for security reasons, no matter whether their Schengen visas were issued by Estonia or any other country, he said, referring to the border-check-free Schengen zone within the EU.

“I would very much welcome … decisions in the coming days, coming weeks, where we will, in full accordance with the Schengen visa code, ban entry to our national territories of these people from the Russian Federation, not making any difference if they have Estonian-issued or second Schengen country-issued Schengen visa,” the minister said.

Reinsalu said that over the last six months 300,000 Russians had entered his country, which has a 1.3 million population, and he aimed to reduce this number “most significantly”.

There would be exemptions, however, the minister said.

If jailed Russian opposition politician Alexei Navalny was freed, then he, his family and “all brave civic resistance members” would be welcome in Estonia, he said. Russians would also be let into the country for humanitarian, family or medical reasons, or if they are coming as diplomats, he added.