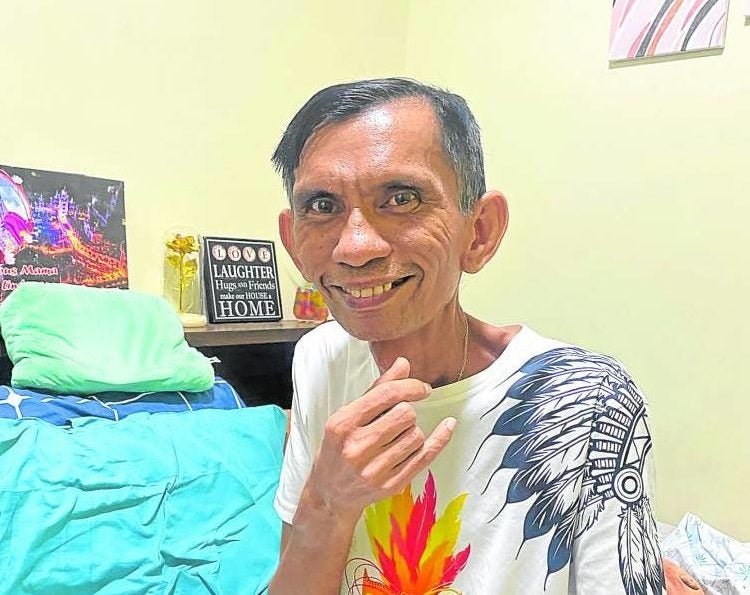 MANILA, Philippines — Edsel Quismundo has joined many marathons over the years as a member of the Cebu Executive Runners Club, but this time, he is in a different type of race that he intends to win.

“He said he felt pain in his stomach and it seemed like it was going to burst so he immediately consulted a doctor. He underwent several tests, including a colonoscopy and abdominal CT scan, and they found a tumor in his lower intestines. A biopsy showed that it was cancerous,” his wife, Jennifer, told the Inquirer.

She said that aside from being a runner, her husband is also very particular about his diet. “He’s a picky eater. He eats healthy so he never expected that he would get sick.”

Since his diagnosis, Quismundo has been in and out of Chong Hua Hospital in Cebu City due to complications, including a bout with severe dehydration that sent his potassium levels plummeting. Thankfully, his former employer shouldered all his hospital bills which totaled P800,000.

His medication and dietary supplements, however, are taking a toll on the family’s finances since there is only one breadwinner—their eldest daughter who is a private school teacher.

The doctor has also recommended chemotherapy every other week to shrink the tumor and if that doesn’t work, surgery will be the next option. The estimated cost of chemotherapy is P105,000 per session.

Despite his situation, Quismundo is determined to stay upbeat.

“He says he will fight and beat his disease and get better. Like his doctor has been telling him, he will run marathons again,” Jennifer said.

Surviving through the kindness of Inquirer readers