Graduating student barred from dressing according to gender expression 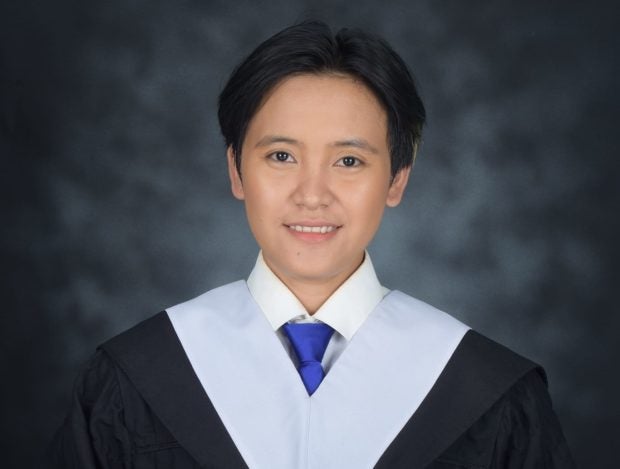 MANILA, Philippines – This Wednesday should have been one of the greatest days in the life of Dylan Tansico Silva. It was graduation day for the journalism student.

Instead, the day was filled with anxiety, as the Cavite-based university refused to let LGBTQ+ students dress according to their gender expression, Silva told INQUIRER.net shortly after the graduation ceremonies.

Though biologically born a female, Silva would have wanted to attend the graduation in traditional men’s attire.

Some classmates and even professors tried to help, asking other satellite schools for any similar cases with queer students.

But only one LGBTQ+ person was allowed to dress according to gender expression, — a transman who had already medically transitioned.

“They were considered a transman, or transgender, because they already did some transitioning. They have undergone hormone therapy, had their chest removed,” Silva said in Filipino.

However, being a transperson is not limited to physical transitions, Silva explained.

The college was also not going to show a picture of Silva being handed a diploma onstage, as Silva was wearing a polo with a necktie.

A compromise was reached, and the photo was altered to remove the necktie.

“So I just allowed them to digitally remove the necktie so that something can be presented during graduation. We are also not allowed to crossdress at the actual graduation. I was planning not to go anymore, but that cannot be. So I just wore long sleeves and slacks,” Silva said.

“I just kept quiet. They said that, as long as I do not speak, they would not be able to tell that I am biologically a woman. My voice is feminine. Whenever a marshall would come near, I feel like I might get called out,” Silva said.

To make matters worse, Silva was deadnamed on stage.

Deadnaming is the act of calling someone, especially a transgender, a name they no longer use.

While Silva was able to attend the graduation and get a diploma dressed according to gender expression, this did not erase the difficulties and the impact of the experience.

“I wish they could be more considerate to people like me because it has such a huge impact on our lives. We just want to be comfortable,” Silva said.

Miss Trans Global 2020 Mela Habijan has spoken out about Silva’s case in a Tweet, calling it “another case of discrimination and exclusion.”