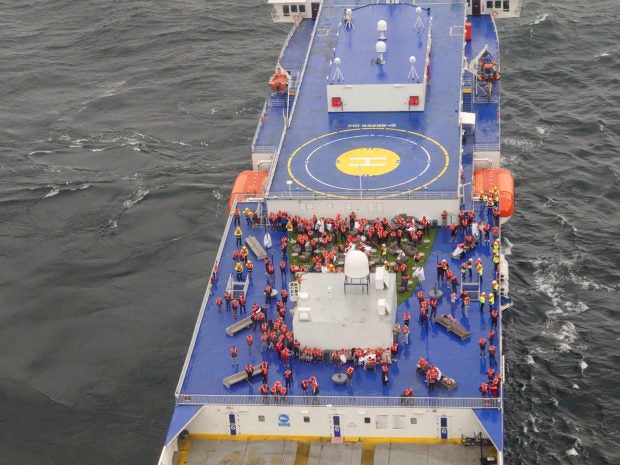 STOCKHOLM — Swedish and Finnish rescue services began evacuating families and elderly passengers from a fire-stricken Swedish ferry in the Baltic sea late on Monday, but said the situation was calm and that no one had been injured.

About 70 out of around 300 people onboard were scheduled to be evacuated by helicopter as the powerless vessel was drifting toward the island of Gotland and risked running aground later on Monday, at roughly 2100 GMT. 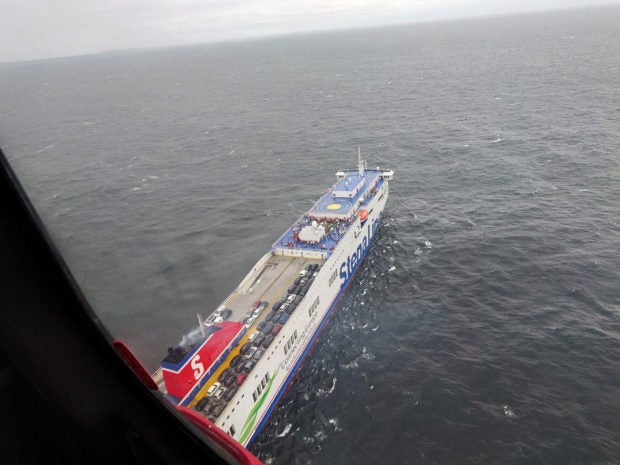 “We are evacuating families with children and the elderly. We have strong winds that make evacuation by boat difficult,” a Swedish Maritime Administration spokesperson said. “But the situation is calm and under control,” the person added.

The fire began in a container on the car deck on board the Stena Scandica on route from Latvia to Sweden.

A technical investigation will be launched to determine what started the fire.

PCG accounts for all aboard Batangas ferry that caught fire