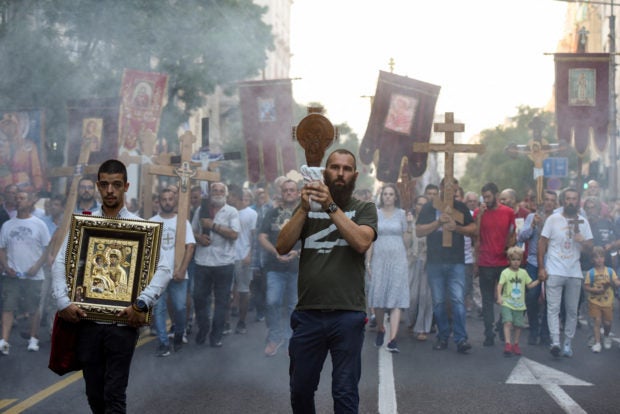 A man wearing a T-shirt with letter Z, holds an icon during a protest against the international LGBT event Euro Pride in Belgrade, Serbia, August 28, 2022. REUTERS

BELGRADE — Thousands of religious and right-wing opponents of a European gay Pride event to be hosted by Belgrade protested through the Serbian capital on Sunday, even though the government has said it would scrap or delay the Pride event.

Belgrade is due to host the EuroPride march on Sept. 17, an event staged in a different European city each year. But President Aleksandar Vucic said on Saturday it would be cancelled or postponed, citing reasons such as threats from right-wing activists.

Sunday’s protest against the EuroPride event, held during a procession to mark a religious holiday, was led by clergy from the Serbian Orthodox Church, some of whose bishops say the Pride event threatens traditional family values and should be banned.

“Save our children and family,” read one of the banners held up by protesters on Sunday, some of whom also carried crosses. 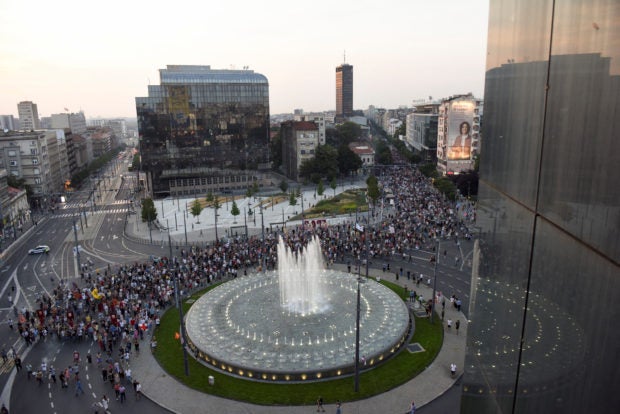 Others who joined Sunday’s march chanted slogans in support of far-right or nationalist causes.

Some waved Russian flags, a show of support for Moscow, Serbia’s traditional ally, as the Belgrade government tries to balance its ambition to join the European Union with its longstanding ties with Russia and China.

The president said on Saturday EuroPride would be scrapped or held later for safety reasons. Alongside threats from what he said were right-wing “hooligans”, he cited issues such as an ongoing dispute with Kosovo and the energy crisis.

“It will happen but in some other and happier time,” he said of the EuroPride event. 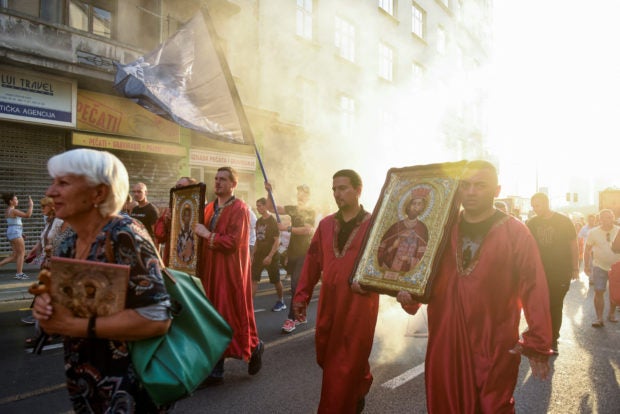 A U.N. representative in Serbia criticised Belgrade’s ban on EuroPride. “It would go against Serbia’s international human rights commitments,” Francoise Jacob, the U.N. resident coordinator in Serbia, said in a statement.

Previous Serbian governments have banned Pride parades in the past, drawing criticism from human rights groups and others. Some Pride marches in the early 2000s also met with fierce opposition and were marred by violence.

But recent Pride marches in Serbia have passed off peacefully, a change cited by EuroPride organisers as one reason why Belgrade was chosen as the 2022 host. Copenhagen was the host in 2021.

Serbia is a candidate to join the EU. But to become a member, it must first meet demands to improve the rule of law and its human and minority rights record, and must root out organised crime and corruption and mend ties with Kosovo.

Being LGBT in Kosovo: A battle to come out from the shadows

Tens of thousands join gay pride parades around the world