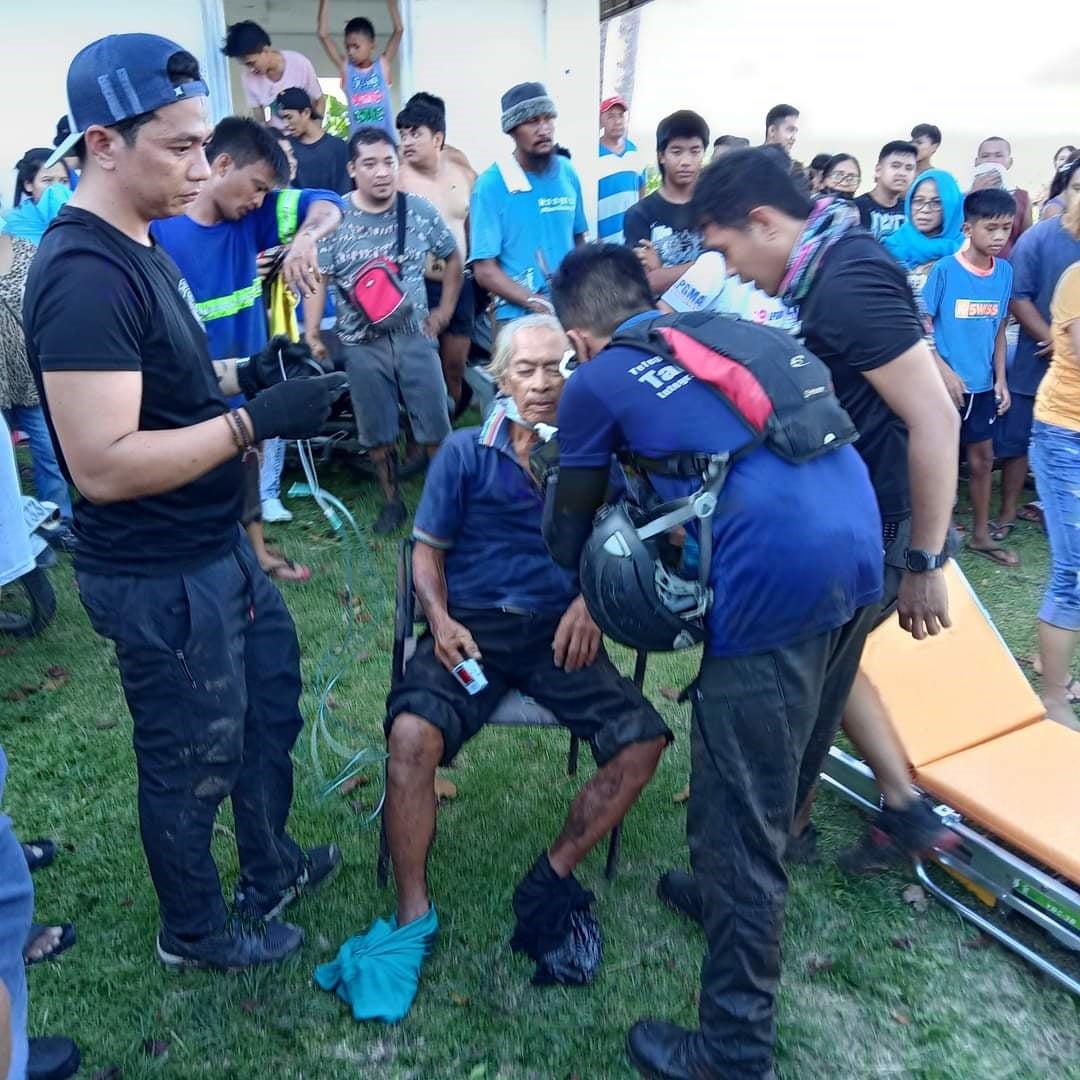 Bernardo Concon, a 78-year-old former chief of Salvador village in Cortes town in Bohol province being attended to by rescuers after he went missing for three days. (Photo courtesy of PNP-Cortes)

TAGBILARAN CITY – The clicking sound of a cast of crabs led a volunteer to find on Saturday afternoon, Aug. 27, a 78-year-old man who went missing for three days in Cortes town in Bohol province.

Bernardo “Narding” Concon, a former chief of Salvador village in Cortes town, was “healthy and safe” when rescuers and volunteers found him in a swamp.

Concon’s family searched for him for three days, posted messages on Facebook, scanned social media, and desperately chased down leads.

They also offered a P30,000 reward for those who could give information on his whereabouts.

A closed-circuit television (CCTV) footage last showed Concon going to the Malayo Norte basketball court, which is at least a kilometer from his house. Police and volunteers tracked him in areas with very difficult terrain.

On the first day of the search, volunteers recovered the “siopao” (steamed bun) which he had for snacks during the burial.

Volunteers on the second day of the search recovered Concon’s sock and  “ampao” (puffed rice) meters away from where the “siopao” was found.

On Saturday afternoon, volunteer Danilo Rosal heard the clicking sound of a cast of crabs. He followed the sound. When he was about to catch a crab, he saw footprints in the mud. It eventually led him to the location of Concon who was sitting on a sand mound.

Police said the old man was “healthy and safe” but he was still brought to a hospital.

Concon’s relatives who feared they would never find him, were very happy to see him again.