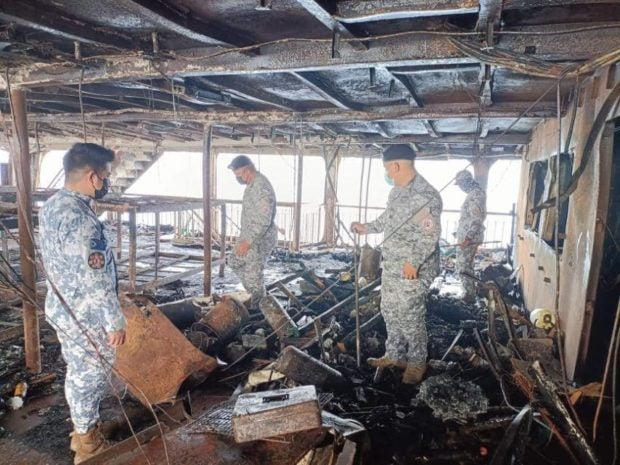 MANILA, Philippines (Updated) — The two missing passengers of M/V Asia Philippines that caught fire off Batangas City port have already been found, the Philippine Coast Guard (PCG) reported on Saturday, adding that there were no traces of an oil spill within the vicinity.

“After checking, our joint team has confirmed that the two allegedly missing passengers took the 5 p.m., not the 3 p.m. vessel trip,” the PCG said in a statement.

“All passengers and crew have been accounted for,” it added

Starlite Shipping’s M/V Asia Philippines, a roll-on-roll-off (Ro-Ro) ship, was about to dock at the Batangas International Port when it went up in flames at around 5:58 in the evening of Friday. It was carrying 82 passengers and crew.

At around 9:47 pm, authorities declared that most of the fire in the vessel had been extinguished.

PCG said the ship, which left from Calapan City, was about one nautical mile from Batangas anchorage when the fire occurred.

The PCG earlier said that two passengers were missing and that the joint team was checking “if the two [passengers] are still missing, [or] were rescued and immediately went home before documentation, or their names were repeated on the list.”

The vessel slightly tilted because of the incident, said the PCG, adding that no traces of oil spill or oil sheen were found.

Authorities have yet to report the cause of the fire.

The authorized passenger capacity of the said vessel is 402.