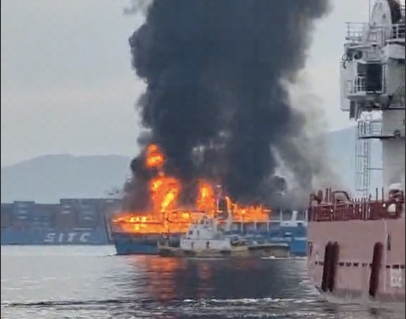 A passenger vessel in the waters off Batangas is engulfed in flames. (Screengrab of Philippine Coast Guard video).

MANILA, Philippines — A 44-year-old female passenger of a vessel was rushed to a hospital after a roll-on-roll-off (Ro-Ro) ship docked at the Batangas anchorage area caught on fire on Friday evening, the Philippine Coast Guard (PCG) reported.

The M/V Asia Philippines went up in flames at around 5:58 in the evening. 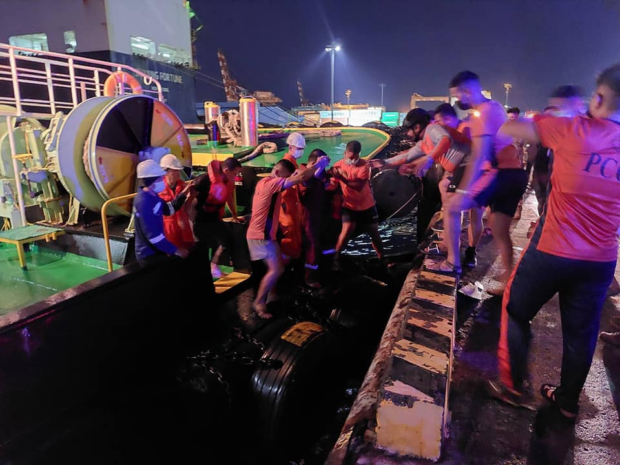 Passengers of a Ro-Ro vessel that caught fire in the vicinity of Batangas port on Friday (Aug. 26) are being rescued by emergency personnel. (Photo courtesy of Philippine Coast Guard)

According to the PCG, MV Asia Philippines had 48 passengers and 34 crew members onboard, along with 16 rolling cargoes, when the fire broke out.

As of 7:30 p.m., the PCG said 73 individuals were already rescued. One of the rescued individuals was brought to the nearest hospital for medical attention due to an injury.

Search and rescue (SAR) and firefighting operations were underway.

The vessel’s authorized passenger capacity is 402, the Inquirer learned.

Authorities have yet to announce the cause of the fire.

PCG clarifies: Dredging ship in Batangas not from China