Pope Francis asks North Korea to invite him to visit 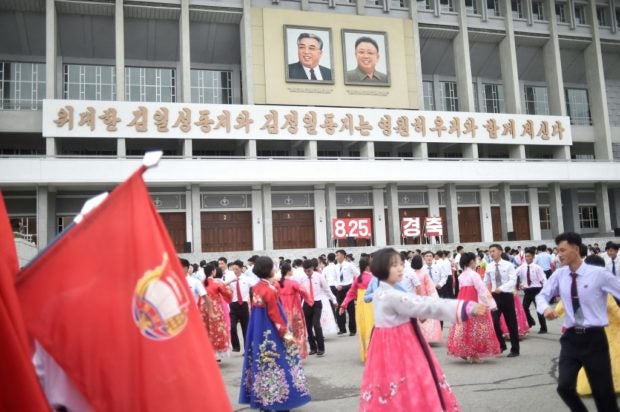 Youths and students dance at the plaza before the Pyongyang Indoor Stadium in Pyongyang on August 25, 2022 to mark the 62nd anniversary of their late leader Kim Jong Il’s first field guidance to the revolutionary armed forces. (Photo by KIM Won Jin / AFP)

Seoul, South Korea — Pope Francis has asked Pyongyang to invite him to North Korea, saying in a televised interview on Friday that he would not turn down a chance to visit and work for peace.

A potential papal visit to the isolated, nuclear-armed country was previously floated in 2018 when Seoul’s former president Moon Jae-in embarked on a round of diplomacy with Pyongyang’s leader Kim Jong Un.

Moon, who is Catholic, said during a summit that Kim told him the pontiff would be “enthusiastically” welcomed.

Pope Francis replied at the time that he would be willing to go if he received an official invitation.

But Pyongyang has largely cut off contact with Seoul following the collapse of a second summit between Kim and then-US president Donald Trump in 2019, which has left talks at a standstill.

“When they invite me — that is to say, please invite me — I won’t say no,” Pope Francis told South Korea’s state broadcaster KBS in an interview that aired Friday.

“The goal is simply fraternity,” he added.

Ties between North and South Korea have been at a frosty low since Seoul inaugurated a hawkish new president, Yoon Suk-yeol, in May.

Yoon offered aid to the North in return for denuclearization, but Kim’s regime ridiculed the plan.

The North blamed South Korea for its May outbreak of Covid-19 and earlier this month threatened to “wipe out” Seoul’s authorities in retaliation.

North Korea has conducted a record number of weapons tests this year, including firing an intercontinental ballistic missile at full range for the first time since 2017. 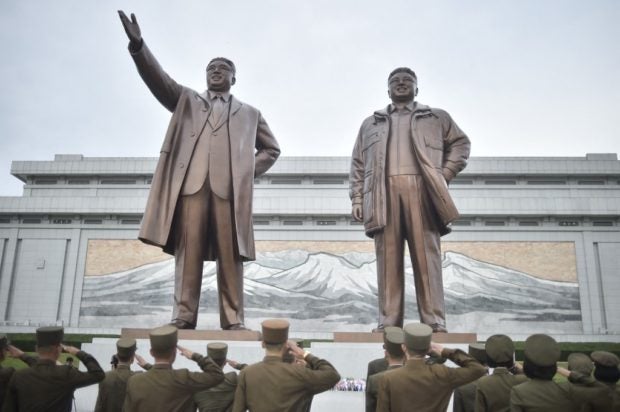 The pope has repeatedly urged Koreans on the peninsula to “work for peace.”

“You, the Korean people, have suffered from the war,” he said.

Religious freedom is enshrined in the North’s constitution, but all religious activity is banned outside of state-sanctioned institutions.

In the early 20th century, before the division of the peninsula, Pyongyang was a regional missionary hub with scores of churches and a thriving Christian community that earned it the title “Jerusalem of the East.”

But Kim Il Sung, the North’s late founding leader and the current ruler’s grandfather, viewed Christianity as a threat and eradicated it through executions and labor camps.

The North’s regime has since allowed Catholic organizations to run aid projects, but direct relations with the Vatican are non-existent.

When Pope Francis visited South Korea in 2014, he held a special mass dedicated to the reunification of the two Koreas.