Biggest archdiocese in PH to be split | Inquirer News

Biggest archdiocese in PH to be split 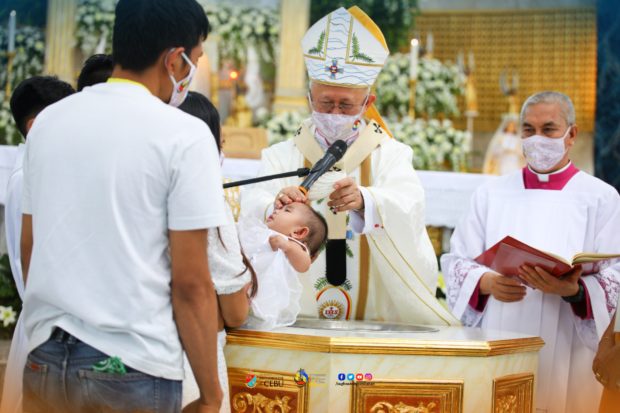 File Photo: Cebu Archbishop Jose Palma at the Archdiocesan Shrine of Our Lady of Guadalupe in Cebu City. (Photo courtesy of the Roman Catholic Archdiocese of Cebu Facebook page)

The 72-year-old prelate, in a media interview on Friday, said creating smaller dioceses in Cebu has been in the offing.

“It is being processed. There is no stopping it. It’s a long overdue plan,” he said.

Palma likened the situation to those of other big dioceses, which were also divided.

Should the move to divide the Cebu archdiocese proceed, Palma said there would still be one Theology seminary on the island.

Cebu has two other active bishops who serve as Palma’s auxiliaries: Midyphil Billones and Ruben Labajo.

Palma first floated the idea of dividing the archdiocese when he came in as archbishop of Cebu in 2011.

His predecessor, the late Cebu archbishop Ricardo Cardinal Vidal, earlier mentioned the need to split the archdiocese to reach out to those in the peripheries.

Vidal thought of dividing the archdiocese into three: North Cebu, Metro Cebu, and South Cebu. Each of them will be headed by bishops appointed by the Pope.

With more than 400 diocesan priests and about 300 others from different religious congregations, Cebu has the most number of priests in the Philippines.

They all administer to at least 3.8 million lay Catholics in Cebu, the cradle of Christianity in the Far East.