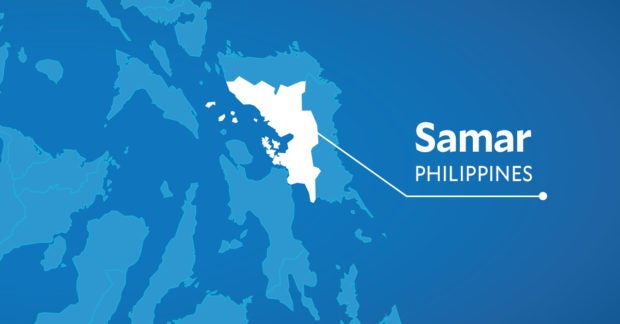 TACLOBAN CITY—Military and police investigators are looking into the identity of the headless body of a woman found Tuesday in a wrecked motorboat in the waters off Tarangnan town in Samar province.

The discovery came a day after a motorboat exploded off the coast of Catbalogan City, Samar, following a firefight between the military and an unidentified group of armed men that reportedly included spouses Benito and Wilma Tiamzon of the Communist Party of the Philippines – New People’s Army – National Democratic Front (CPP-NPA-NDF).

Major General Edgardo de Leon, commanding officer of the 8th Infantry Division (ID) based in Catbalogan, said they were coordinating with the local police hoping to identify the recovered body part through laboratory procedures.

“The retrieval of debris and the human remains show positive development, and we are hopeful that bits of information that will be obtained from these will confirm all earlier speculations,” De Leon said.

He said they also sent drones to look for more debris and remains, but the rainy weather hindered the air surveillance mission.

Around 4:20 a.m. on August 22, government troops engaged in a shootout in the waters off Catbalogan with around 10 armed persons whose boat eventually exploded.

Among those reportedly aboard the boat was the Tiamzon couple, although military officials did not confirm it.

“The motorboat was completely wrecked. According to residents in the area, the boat can accommodate around 10 people,” he said.

The retrieved body was buried immediately at the local cemetery with the help of the local government of Tarangnan.

Layug said communist rebels used the area, where the incident happened, as their gateway to transport anti-personnel devices.

The Tiamzon couple was arrested on March 22, 2014, and detained at the Criminal Investigation and Detection Group in Camp Crame, Quezon City.

On August 15, 2016, they were granted bail under the administration of former President Rodrigo Duterte as formal peace negotiations resumed in Oslo, Norway.

But when the negotiations collapsed a year later, the couple went into hiding. A Quezon City court subsequently canceled their bail and ordered their rearrest in 2018.

On November 27, 2020, the couple was convicted of kidnapping and serious illegal detention of Lieutenant Abraham Claro Casis and three other soldiers in Quezon province in 1988. They were meted the penalty of up to 40 years in prison.

The Tiamzon couple is also facing at least 15 counts of murder before the Manila trial court over the alleged 1985 purge of communist rebels suspected of being military informants.

The complaint stemmed from the discovery of a mass grave in Inopacan town containing the alleged victims of the purge in Leyte.