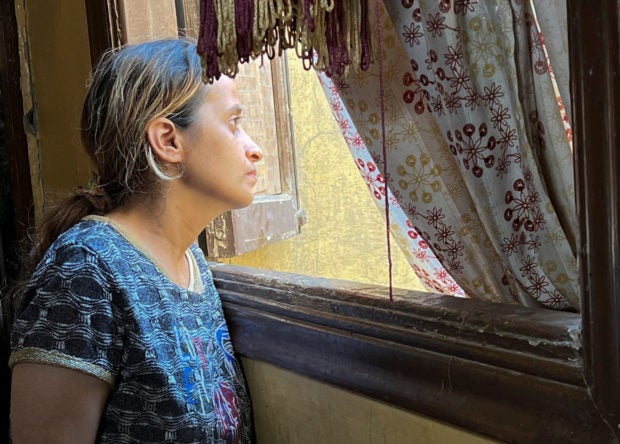 Mary Magdy, a Coptic Christian woman, looks out of a window, after an interview with Reuters TV, at her home in Cairo, Egypt July 7, 2022. A wave of high-profile domestic violence cases in Egypt has cast light on what critics describe as failures by authorities and the legal system in protecting at-risk women. REUTERS

CAIRO — A series of violent crimes against women in Egypt has drawn attention to gaps in legal and social protections that leave female citizens vulnerable to attacks and harassment, victims and activists say.

The highest profile case was the murder in late June of 21-year-old student Nayera Ashraf, who was stabbed 19 times outside the gates of a university in Mansoura, north of Cairo. It emerged that the man convicted for her killing, Mohamed Adel, had been harassing her for almost a year after she rejected his marriage proposal.

Her death gained coverage across the Middle East, and drew attention to other violent crimes against women in Egypt. The reaction also built on a campaign against sexual abuse among Egypt’s elite in 2020, partly inspired by the international “#MeToo” movement.

Activists say it is hard to measure the extent of gender-based violence in Egypt, where cultural practices have often prevented abused women from coming forward. Most cases are believed to go unreported.

A study by Egypt’s Edraak Foundation for Development and Equality (EFDE), a non-governmental organisation, recorded 813 crimes of violence against women and girls mentioned in media reports and statements from the public prosecutor in 2021, up from 415 in 2020.

Victims and lawyers say that those who did seek help from authorities had not always received it.

But he said that when Ashraf filed two restraining orders and reported the threats to the cybercrime police unit, the case was neglected.

“If these police reports had undergone proper legal procedures and action was taken against the accused person, Nayera would not have been killed,” he said.

A judicial source familiar with the investigation who asked to remain anonymous said that in Ashraf’s case it was “very difficult” to prove that the fake accounts belonged to the accused and that investigations take time.

Asked for comment on what critics described as neglect in utilising laws that could protect women, the prosecutor’s office referred to its public statements.

In a statement issued ahead of Adel’s trial, the prosecution said it confirmed its “firm response towards all forms of crimes of violence and aggression, especially those against women and youth”. The interior ministry did not respond to a request for comment. 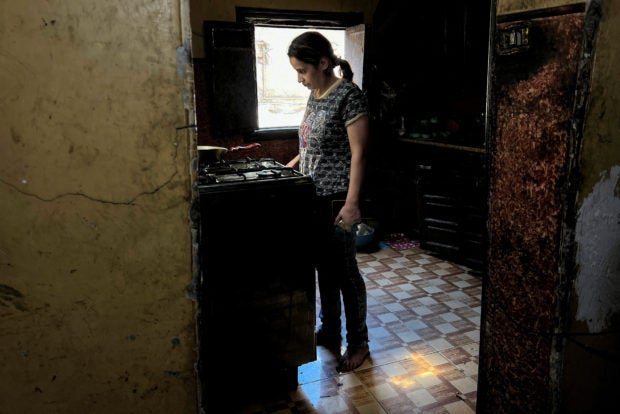 Mary Magdy, a Coptic Christian woman, cooks her lunch, after an interview with Reuters TV, at her home in Cairo, Egypt July 7, 2022. A wave of high-profile domestic violence cases in Egypt has cast light on what critics describe as failures by authorities and the legal system in protecting at-risk women. REUTERS

Less than two months after Nayera Ashraf’s murder, another university student, 20-year-old Salma Bahgat, was fatally stabbed at least 15 times in Zagazig, between Cairo and Mansoura. A fellow student has been charged with killing her after she rejected his marriage proposal.

The criminal trial of the suspect is due to start early September.

Amid the public outcry, a court in Mansoura found Ashraf’s killer Adel guilty of premeditated murder within days of the crime. His death sentence was confirmed in another court in July.

Lobna Darwish, gender specialist at the NGO Egyptian Initiative for Personal Rights, said the state was trying to set an example by handing out tough penalties on cases that have stirred public opinion.

“But we ignore the root causes of violence against women and the extent of violence happening in homes and outside,” she said.

The court that convicted Adel requested parliament change the law to allow for his execution to be broadcast on television.

One problem is the lack of a law criminalizing violence against women that could prevent crimes before they happen, said Entessar El Saeed, a lawyer and director of the Cairo Foundation for Development and Law, an independent civil society group.

Such pressure was clear in the case of Mary Magdy, a 35-year-old woman who reported her husband to the police for four incidents of violent assault.

While he was summoned for questioning, no legal action was taken at first over her allegations, and police and prosecutors only offered spousal reconciliation, Magdy told Reuters.

Relatives pushed her to withdraw her complaints, but earlier this year she leaked surveillance footage of one of the beatings, and the public prosecutor reacted.

Her husband was arrested within a week and sentenced to a year in prison.

However, Magdy said she remained fearful for her life and the lives of her daughters once he is released. “I need safety,” Magdy told Reuters. “The thought of him being released terrorizes me.”

As a member of Egypt Coptic Christian minority, she is unable to obtain a divorce.

“There is no legal path that protects her,” said Saeed Fayez, her lawyer.

No justification for violence against women

End pandemic of violence against women