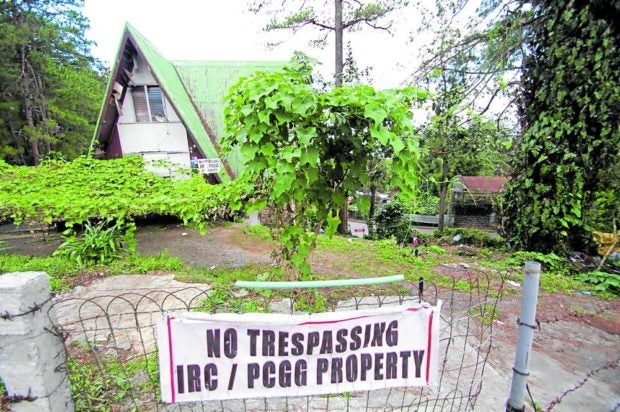 RECOVERY JOB | The task of the Presidential Commission on Good Government is not limited to the courtroom. It also has to safeguard assets seized for being part of the ill-gotten wealth of the Marcoses or their cronies, like this Baguio City property photographed in January 2012. It was to be auctioned off two months after this shot was taken. (Photo by RICHARD BALONGLONG)

MANILA, Philippines — The Presidential Commission on Good Government (PCGG) fought for its continued existence at a House briefing on Wednesday as lawmakers allied with President Ferdinand Marcos Jr. renewed a push to abolish the agency created 36 years ago to run after the ill-gotten wealth of the chief executive’s family and their associates.

Caught in the paradox of serving under a Marcos administration while pursuing cases against the Marcoses, PCGG Chair John Agbayani turned to hard numbers to defend the agency’s reason for being, telling the House justice committee that it was contributing around P600 million to the nation’s coffers every year.

For 2022 alone, the PCGG has already remitted P850 million to the treasury, he said, addressing Cagayan de Oro Rep. Rufus Rodriguez, who remarked that the office should have already accomplished its primary mandate of recovering billions of pesos plundered during the dictatorship of Marcos’ father.

The PCGG has reported recovering some P265 billion as of December 2021. It is still running after at least P125 billion more.

Rodriguez took note of the government’s thrust of “rightsizing” the bureaucracy, arguing there were other agencies, such as the Office of the Ombudsman and the Department of Justice (DOJ), that could take on the PCGG’s function of investigating and filing graft and corruption cases.

The Office of the Solicitor General (OSG), according to the House leader, is already handling 87 pending cases, including civil and criminal suits against the Marcoses.

Rodriguez advised the PCGG officials to “take a second look on how to wind up its affairs.”

“If in 36 years it has not yet finished, it has failed. How can it be continuing 36 years down the line?” Rodriguez said.

In response, Agbayani said the PCGG, instead of being abolished, should be strengthened so it would be able to “complement the Ombudsman or the DOJ in respect to graft and corruption cases,” and to avoid overwhelming other agencies with cases the PCGG was specially created to handle.

He said the PCGG had been granted authority by the Supreme Court “concurrently to investigate and prosecute graft and corruption cases.”

The OSG, on the other hand, has been supporting the PCGG’s efforts in the recovery of the remaining P125 billion under litigation.

In 2018, the House passed a bill abolishing the PCGG and strengthening the OSG. But the Senate deleted the provision on PCGG abolition.

After Wednesday’s hearing, Rodriguez confirmed to the Inquirer that he had drafted a new bill to put an end to the PCGG.

Taking questions from Cavite Rep. Elpidio Barzaga Jr., the PCGG chair admitted that he did not foresee any new cases against the Marcoses anytime soon for lack of new evidence.

“In the last 15 to 20 years we have not obtained [new] evidence… against the Marcoses and their cronies. As of this time, there is no evidence available in order to prosecute or new persons to be prosecuted involved in ill-gotten cases related to the Marcoses,” he said.

Agbayani pointed out that it was difficult, at present, to obtain documents, particularly from abroad, proving the ill-gotten gains of the Marcoses and their associates.

Should new evidence turn up, he said, the PCGG could always file a case against the Marcoses, even with a Marcos in Malacañang. 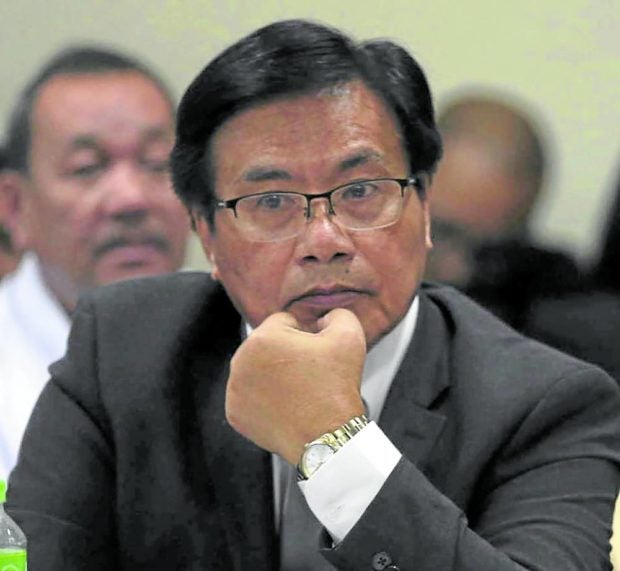 ‘Nothing they can do’

“I don’t believe that the present leadership will interfere in the judicial processes,” he said in answer to ACT Teachers Rep. France Castro’s question on whether the President’s identity was affecting the PCGG’s work.

“For pending cases, we just expect that the President will just recognize the doctrine of separation of powers in the government, and he will not waste away the trust and confidence bestowed on him by 30 million voters by doing something which is offensive to morals and good conduct,” he said.

Agbayani maintained that the PCGG “has not lost its relevance.”

“It is an agency which has been a consistent revenue contributor,” he said, adding that the agency has also been managing and preserving P50 billion in recovered and sequestered assets.

But Barzaga said: “Sorry to say, but as I see it, you have outlived your usefulness after 36 years. The management of government property can be handled by other agencies… PCGG has existed too long.”

Kabataan Rep. Raoul Danniel Manuel sided with the PCGG, noting that the estimated ill-gotten wealth of the Marcoses in 1986 stood, in terms of 2021 value, at $38.4 billion or P1.87 trillion.

“If we’re able to recover [the full amount], that could be used to help our citizens in a lot of ways,” he said.

Castro agreed that if PCGG was abolished, “then we can kiss the supposed P1 trillion more to be recovered goodbye and maybe, as well as the P203-billion Marcos estate tax.”

The PCGG was created under Executive Order No. 1 by then President Corazon Aquino after the 1986 Edsa People Power Revolution to take over or sequester business enterprises and entities owned and controlled by the Marcoses or their nominees.

The agency has since faced recurring threats of abolition.

Joseph Estrada was about to assume the presidency in 1998 when he broached the idea of abolishing the PCGG but the bill introduced by former Sen. Aquilino “Nene” Pimentel Jr. was not approved beyond the committee level.

Another attempt in 2007 by Pimentel also failed.

In 2010, former PCGG Chair Andres Bautista proposed transforming PCGG into an “Institute for Good Governance” with a similar mandate.

In 2011, a bill unsuccessfully sought to transfer the PCGG’s powers to the DOJ.

In 2013, House members agreed it was time to let the PCGG “wind down” its operation but failed to enact the measure.

In 2016, then President Rodrigo Duterte showed interest in expanding the PCGG’s powers to go after the stolen wealth of “other corrupt officials.”

In 2017, then Budget Secretary Benjamin Diokno called for the merging of the functions of the PCGG, the Office of the Government Corporate Counsel, and the OSG as part of rightsizing.