More than P173-M worth of ‘shabu’ seized in Quezon City 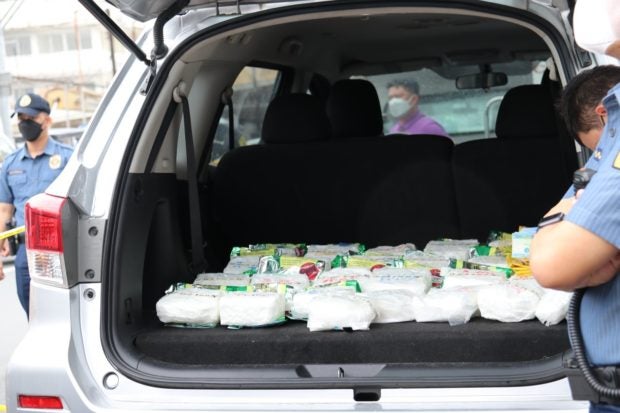 MANILA, Philippines — More than P173 million worth of suspected crystal meth or “shabu” were seized in a buy-bust operation in Quezon City on Wednesday, the National Capital Region Police Office (NCRPO) said.

Suspect Rodgene Uno Umali, 36, was arrested during a buy-bust conducted at 6:30 a.m. along Roosevelt Avenue, Barangay San Antonio, the NCRPO said in a statement.

The illegal drugs wrapped in a Chinese tea bag were seized inside a vehicle.

Suspect is now under police custody and is facing complaints for violation of Republic Act 9165 or the Comprehensive Dangerous Drugs Act of 2002.—With reports from Catherine E. Dabu, INQUIRER.net trainee