ISPs, telcos may face raps for refusing to track down online predators — DOJ 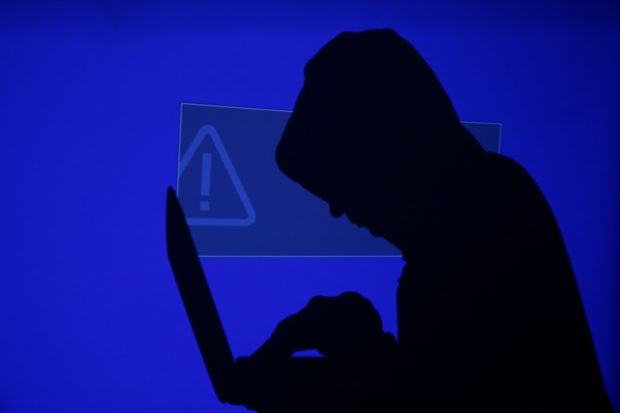 FILE PHOTO: A hooded man holds a laptop computer as a blue screen with an exclamation mark is projected on him in this illustration picture taken on May 13, 2017. REUTERS/Kacper Pempel/Illustration

MANILA, Philippines — Justice Secretary Jesus Crispin Remulla on Wednesday warned to file charges against internet service providers (ISPs) and telecommunications companies (telcos) if they refuse to cooperate in tracking down online predators or those involved in sexual abuse and exploitation of children.

“Pag hindi nag cooperate ang mga ISPs at nakakalusot lagi, there is a pattern na lumulusot sa kanila [If the ISPs don’t cooperate and we see a pattern of transactions that slip passed them], we will also include them in the people who will be charged for online exploitation,” Remulla said during the Kapihan sa Manila Bay Forum.

Remulla added that the National Telecommunications Commission (NTC) could issue fines daily if the ISPs and telcos continue to refuse to cooperate with the government.

“It has been done before,” Remulla said, adding that sanctions should be steep.

“Of course, they can be closed down if they refuse to cooperate. Pag kumampi ka sa kalaban, kalaban ka na rin [siding with the enemy makes one the enemy as well],” Remulla said.

Meanwhile, he said the Anti-Money Laundering Council (AMLC) is also involved in the investigation against online predators and its cohorts.

“Billions of dollars are exchanged on a daily basis,” he said.

The DOJ chief said he will meet with officials and personnel of the cybercrime units of the DOJ and the National Bureau of Investigation (NBI) to know how long it will take for these ISPs and Telcos and what it would take for them to comply.

On July 30, Republic Act 11930 or the Anti-Online Sexual Abuse and Exploitation of Children (OSAEC) lapsed into law. However, it amended the Anti-Pornography Act.

Child rights advocates said the new law would protect Filipino children who are most vulnerable on the internet.

The government is still completing the law’s implementation rules and regulations (IRR).