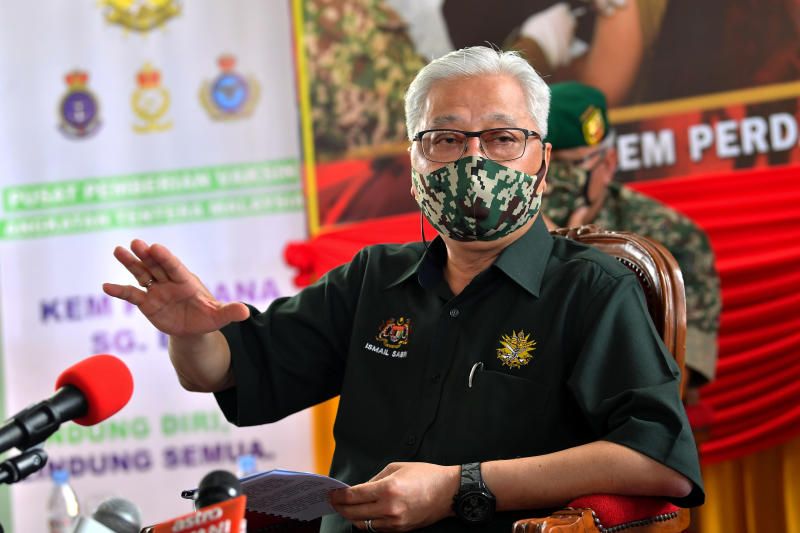 He said currently Transport Minister Datuk Seri Dr Wee Ka Siong is in discussions with his Singaporean counterpart S. Iswaran on the matter.

During a question-answer session with several representatives of the foreign media and Bernama here, Monday (Aug 22), the Prime Minister said that if the project is revived, it would involve some changes including to the terms and conditions.

“It is an ongoing discussion. If possible we want it to be speeded up because Malaysia also has plans to establish HSR between Kuala Lumpur and Bangkok.

“If can, we want to link Bangkok-KL and KL-Singapore,” he said.

He envisaged that the rail line could go up to China, as China and Thailand were also in the process of building high speed train line.

Asked if reviving the project is a priority of his administration, Ismail Sabri said: “Not to say priority, since the planning is already there, right from the start, right from BN (Barisan Nasional)’s time, planning is completed, only stopped for a while”.

As the cost of raw materials have been going up, Malaysia may consider reducing the size of the stations to keep in check the overall cost of the project.

On last Nov 29, Singapore Prime Minister Lee Hsien Loong was reported saying the republic is open to any new proposal from Malaysia on the Kuala Lumpur-Singapore HSR project, though both countries earlier had agreed to terminate the project.

Malaysia and Singapore have inked bilateral agreements for the HSR project on 13 Dec 2016. The 350km railway line was to be completed in 2026, reducing the travel time between both destinations to 90 minutes.

However, the project was put on the back burner in September 2018 with both sides agreeing to shelf the bilateral project worth RM110bil until 31 Dec 2020.

On 1 Jan 2021, Malaysia and Singapore jointly announced the termination of the HSR project, as there was no agreement reached on the changes proposed by Malaysia and the fact that the agreement had expired on Dec 31, 2020.

On March 2021, Malaysia announced it had paid SG$102.8mil to Singapore for the cost incurred by the republic for the development of HSR and the delays involved.

On another matter, the Prime Minister said the government is looking into the need for a third link between Johor and Singapore in the efforts to reduce the congestion at the Johor Causeway and the second Link (Linkedua).

“It is still at the planning stages; we will see if there is a need for it,” he said. – Bernama