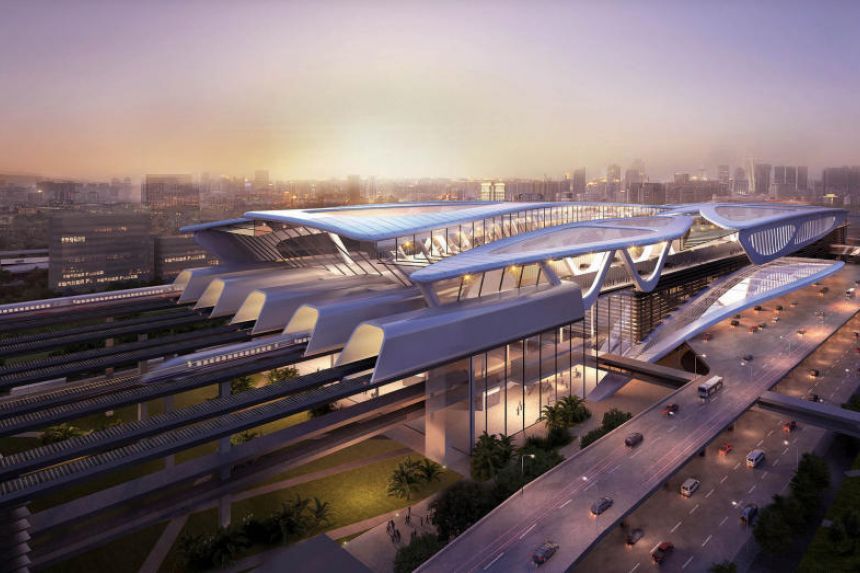 Transportation consultant YS Chan said unless Malaysia has a huge population like China, a domestic high-speed rail network would not work. PHOTO: EDELMAN

KUALA LUMPUR — A domestic high-speed rail network in Malaysia alone is not feasible and likely to end up a white elephant if it is built, transport analysts said.

The Malaysian government had, prior to the expiry of the suspension period of the Kuala Lumpur-Singapore high-speed rail (HSR) project, announced that it will conduct a study on the viability of a domestic HSR network, with the line ending in Johor Baru in Malaysia instead of Jurong East in Singapore.

Transportation consultant YS Chan said that unless Malaysia has a huge population like China, a domestic HSR network would not work.

Mr Chan, who was previously with the Tourism Ministry, told The Straits Times: “There are no issues with current air, rail and road connectivity (to Johor Baru).

“But if we need to spend to spur the economy and prepare for the future, extending the West Coast Expressway, now from Taiping to Banting (yet to be completed), all the way down the west coast to cover Port Dickson, Melaka, Muar, Batu Pahat, Pontian and Johor Baru would be a better option.

“As for rail, the double-tracking from Gemas, Negeri Sembilan to Johor Baru would be completed next year and we can have fast trains all the way from Padang Besar, at the Thai border, down to JB.”

In double-track systems, trains run in both directions instead of sharing one track.

“Another railway line would be redundant… It is likely to become a white elephant or a long python stretching from KL to JB,” added Mr Chan.

Malaysia and Singapore had on Friday (Jan 1) announced that the KL-Singapore HSR project was terminated.

It came after both countries failed to reach an agreement on changes proposed by Malaysia before the end of the suspension period on Dec 31 last year.

Singapore’s Ministry of Transport said in a separate statement that Malaysia had allowed the HSR bilateral agreement to lapse, and has to compensate Singapore for costs already incurred in accordance with the agreement.

Slated for completion in 2031, it would have slashed travel time between the countries, ramped up trade and boosted tourism.

Towns situated at key stops along the line in Malaysia had been expecting to welcome millions of ringgit in development and investment.

In a statement on Friday, Minister in the Prime Minister’s Department Datuk Seri Mustapa Mohamed said the Malaysian government will conduct a detailed study to explore all alternatives, including the viability of a domestic high-speed rail network.

Former transport minister Anthony Loke labeled the idea as “nonsensical” and “redundant”, adding that there is already a train line running from JB to KL.

Chiming in, former prime minister Najib Abdul Razak called on the government to be more transparent of its plans for alternatives to the KL-Singapore HSR, without using Covid-19 or the economy as an excuse.

Meanwhile, the DAP branch in Johor is urging Putrajaya to propose a replacement transport infrastructure project to drive the state’s economic growth and enhance regional connectivity.

These could include an upgrade to the existing national Keretapi Tanah Melayu (KTM) railway network, and an extension of the inter-city Electric Train Service (ETS) system, to run from KL to JB.

“The study should of course include comparisons of the viability of a KL-JB HSR (with revised alignment in Johor) system versus upgrading the KL-JB current metre-gauge double-track railway.

“I don’t see any good terminal location in JB for a separate KL-JB HSR (but) if a ‘higher’ speed rail is really needed in JB, upgrading KTM’s ETS and the KL-JB metre-gauge tracks would make more sense,” he told ST.

Like Mr Chan, Mr Sabri said that even without an upgrade to the ETS network, to allow for high-speed trains, the completion of the Gemas-JB electric double-tracking project will enable ETS trains to run from KL to JB.

“It would provide much easier train service for passengers from KL to JB, without having to change trains at Gemas (in Negeri Sembilan).

“If both options (revised HSR alignment and an ETS upgrade) are not financially or economically viable, then we don’t really need it,” he added.

The Gemas ETS project, at a cost of RM10 billion, would link Johor’s capital city to KL and all the way north to Padang Besar in Perlis.