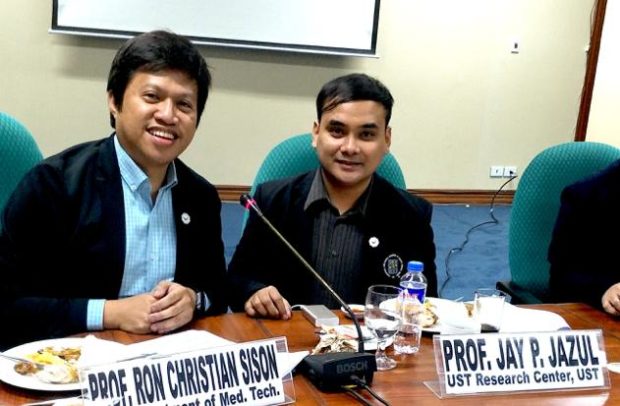 A respected scientific research and advocacy group welcomed the enactment of Republic Act No. 11900 or the Vaporized Nicotine and Non-Nicotine Products Regulation Act, which it described as a major anti-smoking regulation that will provide Filipino smokers access to regulated less harmful alternatives.

“The Harm Reduction Alliance of the Philippines (HARAP) applauds the passage of the new ‘anti-smoking’ Vape Law. This development affirms the sound and real science behind tobacco harm reduction (THR) which countries like the U.K., Japan and New Zealand have accepted and implemented,” said Prof. Ron Christian G. Sison, lead convenor of HARAP.

THR is a public health strategy that involves the use of less harmful alternatives to combusted cigarettes such as vapes and heated tobacco products (HTPs) to mitigate adult smokers’ exposure to tobacco smoke, which is the one that contains toxic substances. Experts said it is the smoke, and not nicotine, that causes diseases.

“THR encourages adults unable or does not want to quit smoking to switch to less harmful smoke-free alternatives,” said Sison.

Compared to cigarette smoking, vaporized nicotine products such as e-cigarettes or vapes and HTPs do not produce smoke and generate vapor by heating the e-liquid or tobacco.

The Department of Health, in its online portal, identified the Philippines as one of 15 countries worldwide with a heavy burden of tobacco-related ill health. About 86,000 Filipinos reportedly die annually from more than 40 smoking-related diseases, including lung cancer, chronic obstructive pulmonary disease, heart disease and stroke, it said.

Studies also showed that 16.6 million adults or 23.8 percent of the Philippine population were smoking tobacco as of 2015.

The Philippines unfortunately has a significantly low annual quit rate of 4 percent, meaning that not even 1 out of 10 smokers will quit in a year, according to HARAP.

HARAP, which has medical professionals and researchers as members, is among the first groups in the Philippines to conduct a scientific study on vaporized nicotine products and their impact on health of consumers.

“When we conducted the first local clinical study on vapor products, HARAP already found that they produce less heavy metals like lead and cadmium than cigarettes. HARAP has also participated in various international fora, where the consensus is that these smoke-free alternatives are better than combusted cigarettes,” said Cabral.

HARAP is among the scientific research groups that presented its findings to the 18th Congress, which after 10 hearings and technical working group meetings, overwhelmingly approved the Vape Bill in January 2022. Foreign experts were also invited to the hearings at the House of Representatives and the Senate.

“HARAP has appeared several times before the House of Representatives and the Senate to share its inputs in support of then Senate Bill 2239. The passage of the Vape Law is a vindication for harm reduction advocates in the country. We will continue championing it to ensure that all struggling Filipino adult smokers have access to regulated alternatives,” said Sison.

The bicameral conference committee of the Senate and the House ratified the consolidated version of the bills early this year. It lapsed into law as RA 11900 last July 25 to regulate the importation, manufacture, sale, packaging, distribution, use and communication of vaping products such as e-cigarettes and HTPs.

It is expected to provide more than 16 million Filipino smokers with less harmful alternatives to combusted cigarettes.

HARAP said RA 11900 is the first comprehensive law that adopts as a matter of state policy the reduction of harm caused by smoking. It also provides very stringent rules to ensure that minors cannot access or be attracted to buying these products. It also bans the sale of high nicotine vape products or those with nicotine content above 65 mg/ml.

The new law provides hope to more than 16 million Filipino smokers who are exposed to serious health risks, according to lawmakers and proponents of the measure. It will particularly address the world’s leading cause of preventable deaths which is the smoking epidemic.