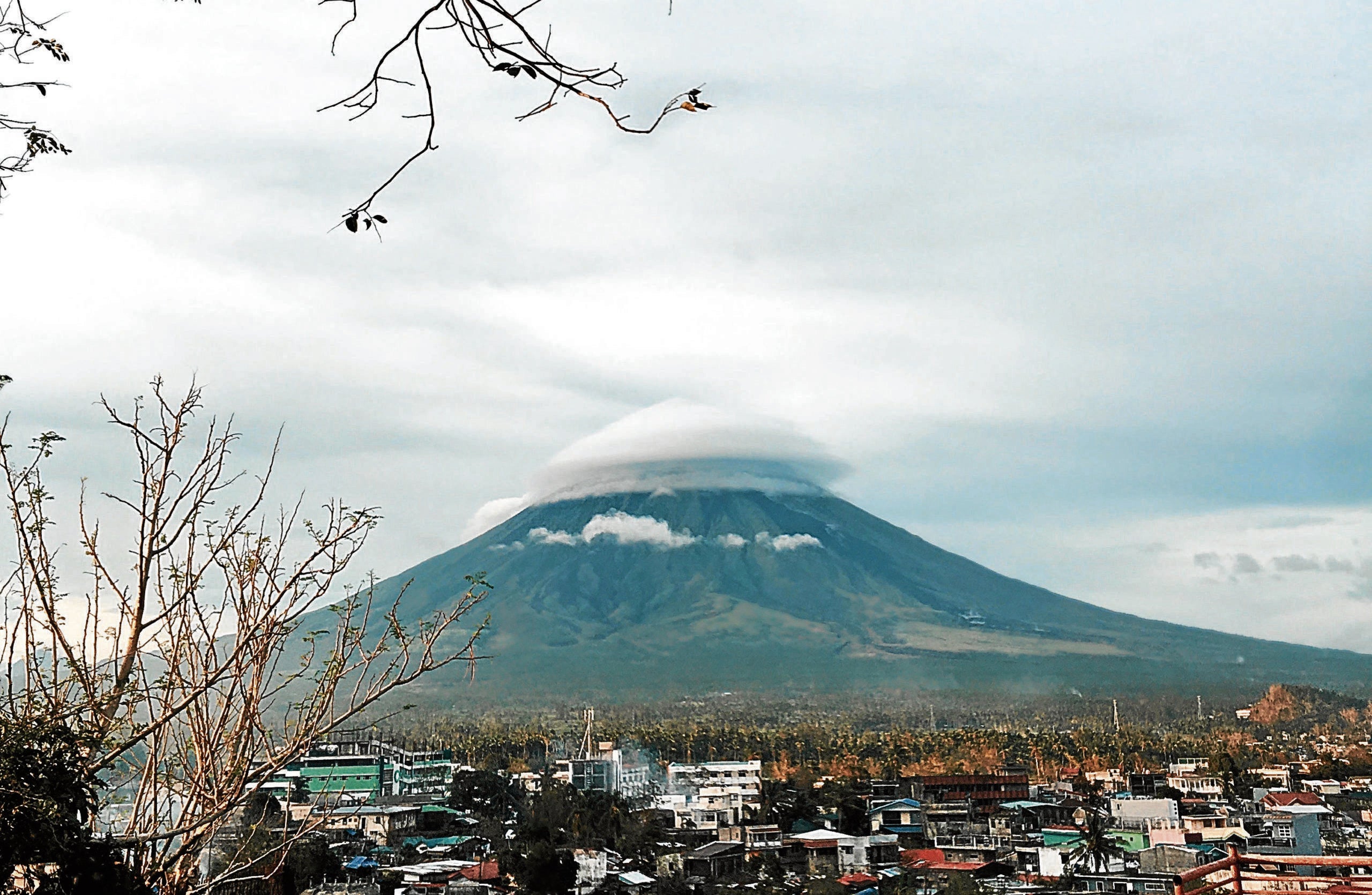 MANILA, Philippines — After exhibiting “abnormal conditions,” and entering a “period of unrest,” the Philippine Institute of Volcanology and Seismology (Phivolcs) on Sunday placed Mayon Volcano under Alert Level 1.

“PHIVOLCS-DOST is now raising the alert status of Mayon from Alert Level 0 to Alert Level 1. This means that the volcano is exhibiting abnormal conditions and has entered a period of unrest,” said Phivolcs in its latest advisory for Mayon.

Phivolcs said it discovered that the “remnant lava dome emplaced towards the end of the 2018 eruption has undergone a change in morphology and slight extrusion” between June 6 and August 20, 2022 through visual and camera monitoring.

“Based on daily visual and camera monitoring of the summit crater, it revealed that the remnant lava dome, emplaced towards the end of the 2018 eruption, has undergone a change in morphology and slight extrusion by approximately 40,000 cubic meter between June 6 and August 20, 2022,” Dr. Paul Karson Alanis, resident volcanologist based in Legazpi City, Albay, told Inquirer in a text message.

Alanis added that “parameters have been generally unremarkable as monitored” but the expanding lava dome is a concern.

“Right now, [our] focus is the expansion of the lava dome. Delikado po yan pag nag-collapse (It’s dangerous if it collapses),” he said.

Alanis said the lava dome is expanding due to gas rising from deep inside the volcano, pushing the lava upward.

Ground deformation, or a slight short-term inflation of the volcano edifice has also been recorded, as well as sulfur dioxide emissions which averaged at 688 tonnes per day as of August 12.

Phivolcs also reported short-lived spikes in the number of low-frequency volcanic earthquakes from May 26 to June 20.

“These observation parameters indicate that volcanic gas- induced pressurization at the shallow depths of the edifice may be occurring, causing the summit dome of Mayon to be pushed out,” said Phivolcs.

Phivolcs is also reminding the public that entering the 6-kilometer Permanent Danger Zone of the Mayon Volcano is strictly prohibited.

Phivolcs said an increase in the chances of “sudden steam-driven or phreatic eruption, as well as the perennial hazards of rockfalls, avalanches and ash bursts at the summit area, may occur without warning.”

Phivolcs also warned people living in the valleys and active river channels to remain vigilant against sediment-laden streamflows and lahar.

Phivolcs earlier lifted Mayon Volcano’s alert level on July 31 last year after recording a drop in parameters such as volcanic earthquake activity and gas emission, among others. The volcano’s latest steam-driven or phreatic eruption was in January 2018.