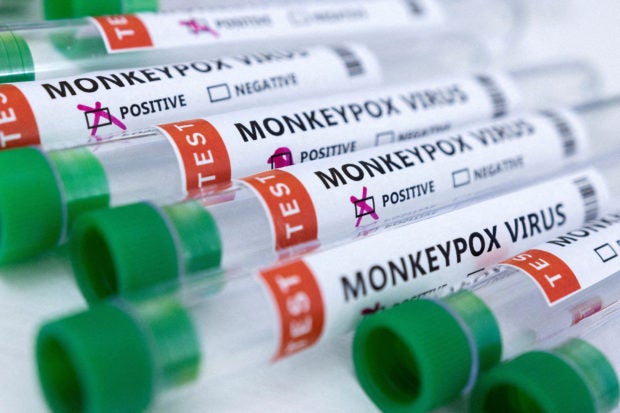 HAVANA — Cuba confirmed its first case of monkeypox late on Saturday, the country’s Public Health ministry said, after detecting the viral disease in a tourist who had arrived from Italy this week.

The Italian man stayed in a rental home and traveled to various destinations in the western provinces of the Caribbean island nation before falling ill, the ministry said in a brief statement.

He sought medical attention on Thursday after presenting symptoms, including skin lesions, and then fell into cardiac arrest, from which he recovered, the statement said.

The patient remains in critical condition.

The World Health Organization has declared the monkeypox outbreak a global health emergency, with 40,000 confirmed cases, including a handful of deaths, in over 80 countries where the virus is not endemic.

Read Next
LPA east of Luzon intensifies into a tropical depression
EDITORS' PICK
House energy committee chair Arroyo bats for cheap electricity
Bongbong Marcos says PH ‘open for business’ with new Clark Airport terminal
Karding damage to infrastructure at P23M
UNFPA Philippines Career Opportunities
Reignite your passion with the vivo Y35
Sierra Madre stands up to Karding, but needs protection vs the humans it saves
MOST READ
LPA enters PAR, may develop into tropical depression
Angelica Panganiban ‘duguan, sugatang mom’ one week into breastfeeding
Badoy not with Office of the President, NTF-Elcac, under Marcos admin — solon
Charges readied vs gov’t guard with P290-M deposits
Don't miss out on the latest news and information.