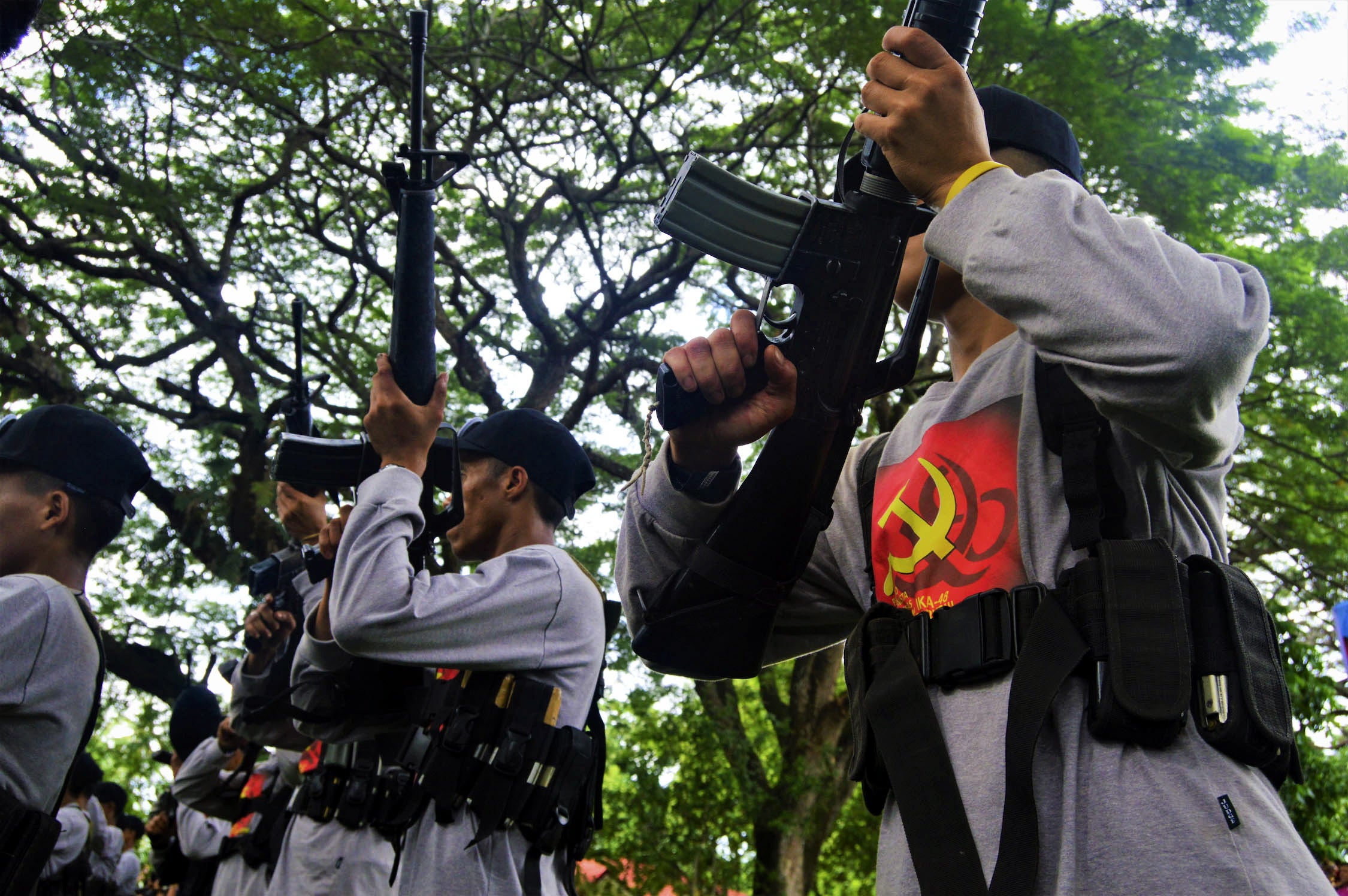 (FILE) Young New Peoples Army (NPA) rebels stand in formation during the anniversary of the Communist Party of the Philippines (CPP) in a town in Misamis Oriental province on Dec. 26, 2016. (Jigger J. Jerusalem)

LUCENA CITY – Seven alleged members of the New People’s Army (NPA) surrendered with some of their firearms to the police in the Calabarzon (Cavite, Laguna, Batangas, Rizal, Quezon) region a police official said Saturday, August 20.

Police Brigadier General Jose Melencio Nartatez, Jr., Police Regional Office 4A chief, reported that the rebel returnees, who are only known by their aliases, surrendered after negotiations with the police in different parts of the region on Friday, August 19.

The PRO 4A is preparing the necessary assistance to the former rebels in their reintegration protocols under the government’s Enhanced Comprehensive Local Integration Program (E-Clip).

Each rebel can receive cash aid and other benefits to help them and their families to start new lives.

On his assumption as PRO 4A director on Aug. 15, Nartatez vowed to intensify the anti-insurgency campaign “that hinders the attainment of lasting peace in our country.”

Nartatez called on the remaining NPA rebels in the region to return to the folds of the law and be with their loved ones in the mainstream of society.

“We can only achieve lasting peace if we work together. The police and the government are doing their best to deliver well in their sworn duties,” he said.