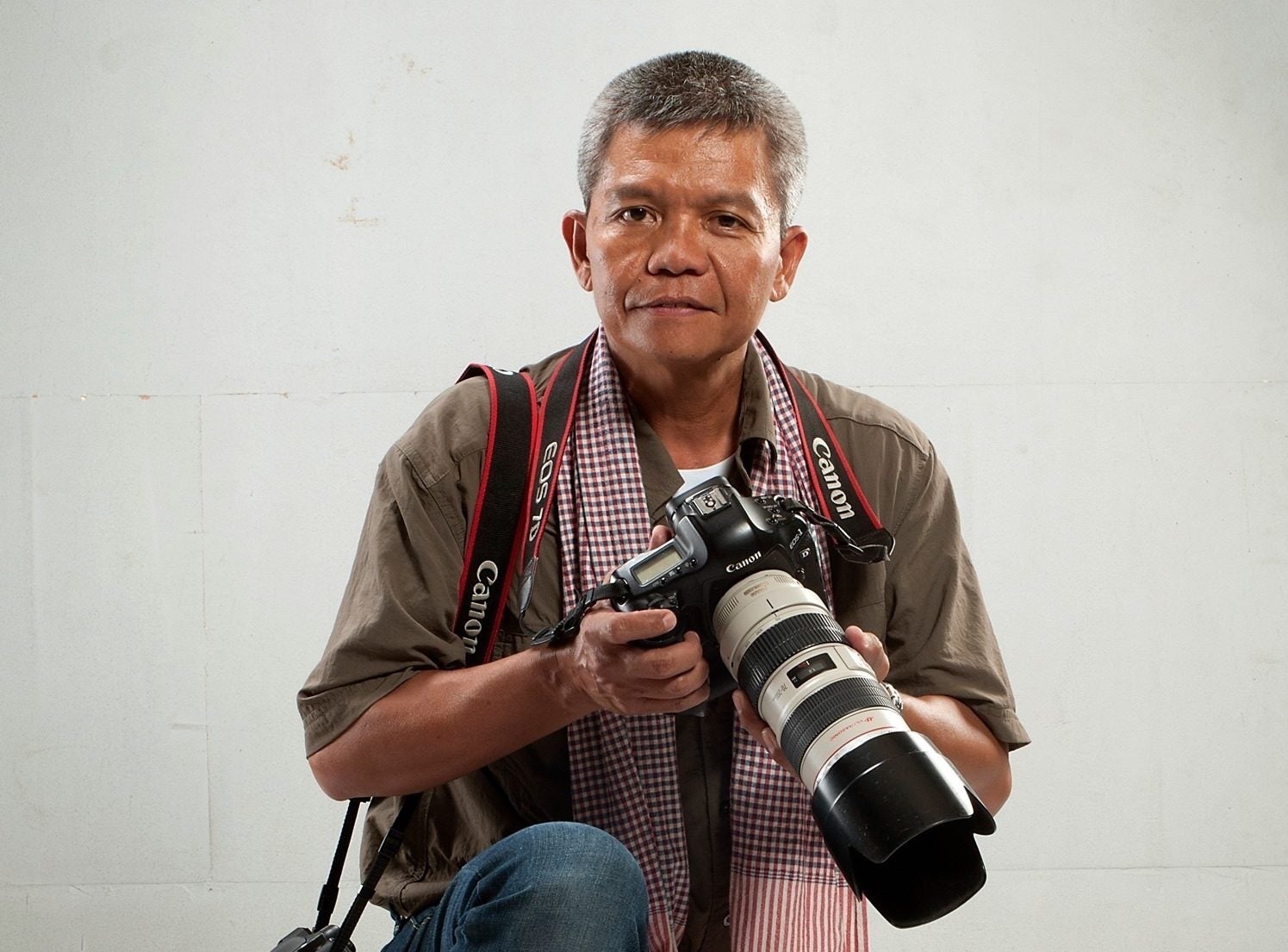 CEBU CITY — Multiawarded Cebuano photojournalism icon Antonio Despojo passed away at 9 p.m. on Thursday. He was 60.

In a statement, the Cebu provincial public information office, where Despojo worked for the past three years following his retirement from the news media, said the photographer “moved on from this world peacefully in his sleep.”

“It is with heavy hearts that we announce the passing of our dear friend, colleague, mentor, confidant, and most of all our beloved Tatay Tonee,” it said.

“Tonee is a multiawarded photojournalist, an artist. He has been our guiding light, our role model, and we need to continue shining his light by carrying it within us,” it added.

Details of his death, funeral and burial have yet to be announced by his family.

But persons close to Despojo, who was known among his peers as Tatay Tonee, said he was dealing with prostate cancer and a slipped disc prior to his death.

When he was a photojournalist, Despojo received multiple awards and recognition from different organizations for his photographs and artworks.

His death has saddened the Cebu’s media community, where he was known for his calm and easy disposition despite the high-stress work of news photography. A number of the present crop of photojournalists in Cebu also learned the craft from Despojo.

The tributes from colleagues, friends and news sources, many saying “Farewell, Tatay,” flooded social media following capitol’s announcement of his death on Friday.

Despojo, a native of Santa Catalina town in Negros Oriental province, first worked at The Freeman newspaper in Cebu City as its cartoonist and photographer before he transferred to the now defunct Cebu Daily News (CDN), where he served as chief photographer from 1998 to 2018, or until the community newspaper closed shop in December that year.

He then joined the CDN Digital, a separate digital news entity owned by the Inquirer Interactive Inc., for about a year until 2019, when he was hired by the Cebu provincial government as its lead photographer.

While working at the capitol, Despojo decided to study and completed only last month a journalism course at the University of San Jose-Recoletos through the Expanded Tertiary Education Equivalency and Accreditation Program so he could become a regular employee of the provincial government.