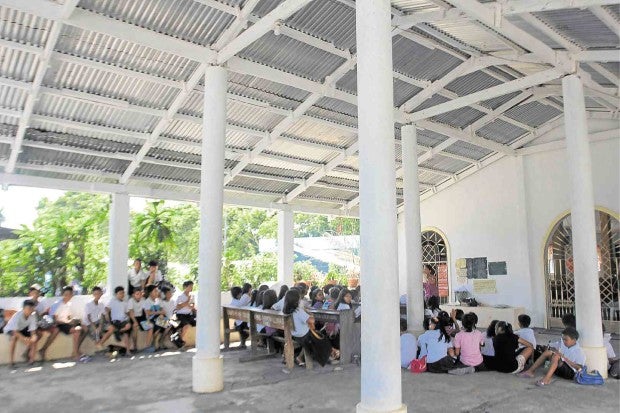 MANILA, Philippines — The Department of Education (DepEd) has proposed a P86.5-billion budget for 2023 for the construction of classrooms.

“Despite the instruction of the Department of Budget and Management (DBM) to only include fifth- and sixth-class municipalities, what we submitted is the overall requirement that we can implement next year,” she said during the Senate committee on basic education hearing.

“The [P86.5] billion is actually not the overall shortage. This is just what we think should be implemented in 2023,” she added.

However, the DBM only approved P5.9 billion to be included in the 2023 budget, said Sevilla.

DepEd Undersecretary Epimaco Densing III said there is a shortage of 91,000 classrooms.

However, the number could drop to about 40,000 if interventions such as the building of temporary learning spaces and class schedule shifting are implemented.

“The major challenge we are experiencing right now is the lack of classrooms… We found out that based on the total, more or less there is around 91,000 shortage in classrooms, around 10 percent of the required classrooms this country would be needed,” said Densing in the same hearing.