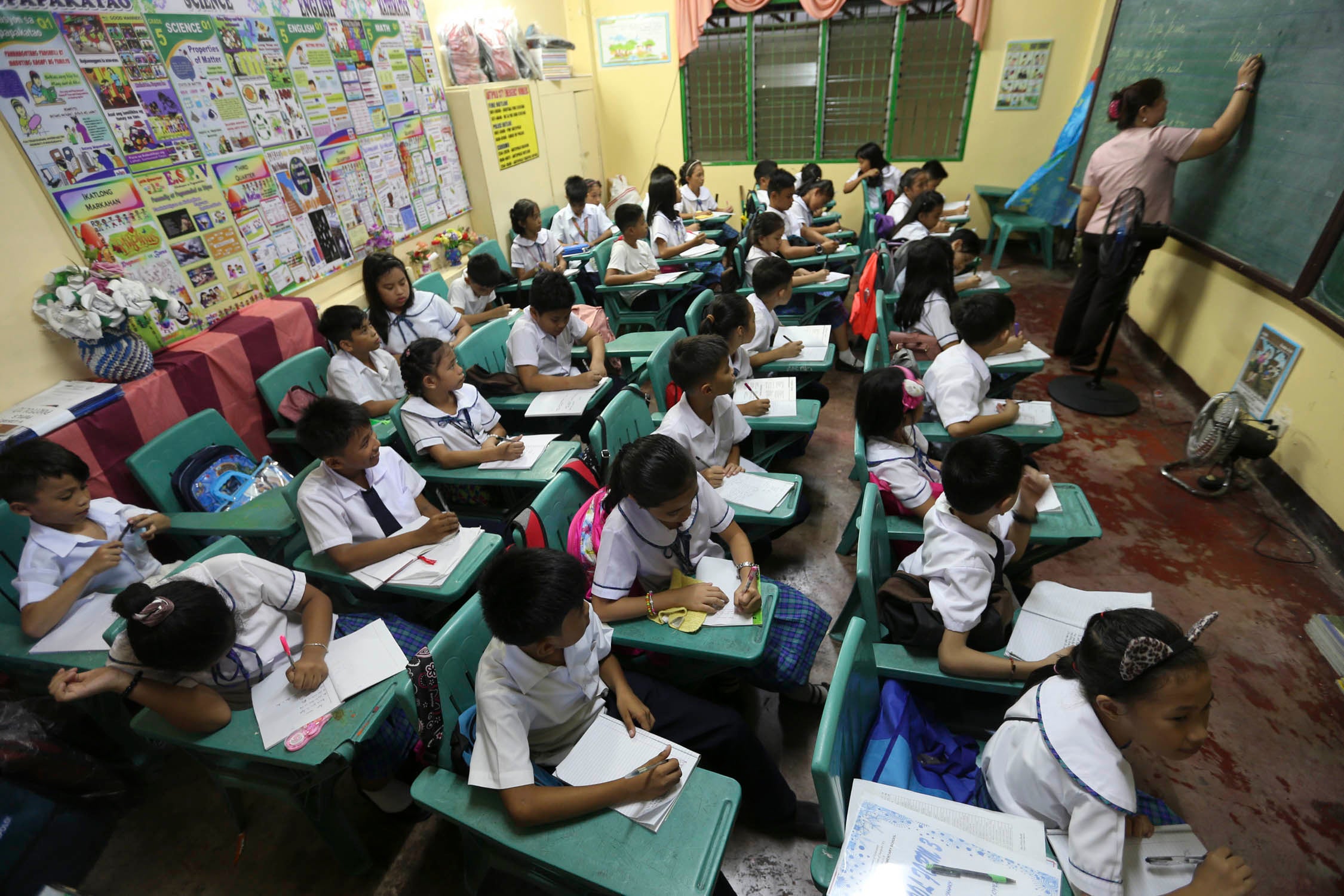 FUNDING FOR CLASSROOMS CUT More classrooms in public schoolsmay go the way of this room, half the size of a regular one at Juan Sumulong Elementary School in Antipolo City, after funding for the construction of schoolbuildings was cut in the 2020 General Appropriations Act. The classroom-to-student ratio for the coming school years is expected to go up. —EDWIN BACASMAS

MANILA, Philippines — The Department of Education (DepEd) said on Tuesday that funding cuts would undermine its yearslong effort to bring down the number of students per classroom to an acceptable level.

In a statement, the agency praised President Rodrigo Duterte and lawmakers for the timely approval of the 2020 national budget — a number of popular DepEd programs had taken a hit amid the delay in last year’s budget — but called attention to reduced funding for a central program.

“The decrease in funding for the Basic Education Inputs program, particularly for the new construction of schoolbuildings, is a huge challenge to the department,” it said. “It will adversely affect the programming of a lower classroom-to-student ratio for the coming school years.”

Last September, Rep. France Castro said there was a classroom shortage of 34,000.

The DepEd has yet to receive specific details of the 2020 General Appropriations Act, but Finance Undersecretary Annalyn Sevilla said she had learned upon coordination with the Department of Budget and Management that the DepEd would receive P520.28 billion this year.

The numbers had appeared to be improving, however, with the latest statistics showing there was one teacher for every 29 elementary students in the 2018-2019 school year.

During the same period, there was one teacher for every 25 and 29 students in junior and senior high school (SHS), respectively.

The Organization for Economic Cooperation and Development (OECD), which administers the Program for International Student Assessment (Pisa) showing that Filipino students largely underperformed, has said there is no consensus on what the best ratio is.

“But there is wide agreement that younger children need more time and interaction with teachers for a quality education,” the OECD added. “There is also some evidence showing that smaller classes may benefit students from disadvantaged backgrounds.”

The decrease in funding for the construction of new classrooms comes amid the OECD finding that among all 79 countries that participated in the 2018 Pisa, the Philippines had the lowest expenditure per student.

In the 2020 budget, the department did include increases for certain programs like its voucher program for private SHS students and “Last Mile Schools” program for education facilities in mostly underserved areas that are significantly lagging behind other schools.

“The department also welcomes the inclusion of the salary increase for teaching and nonteaching employees of the department effective January 2020,” the DepEd said in its statement. “This is an added motivation for almost a million personnel of the department.”

Teachers’ groups, however, have expressed wide dissatisfaction with the “meager” salary increase they are set to receive.

Entry-level teachers who currently receive P20,754 each month will get a P6,246 increase spread over four years.

This is significantly below the P10,000 raise that groups like the Alliance of Concerned Teachers and Teachers’ Dignity Coalition have demanded for years.

It also falls short of the promises of Mr. Duterte himself, who once pledged an increase of as much as double their current pay.