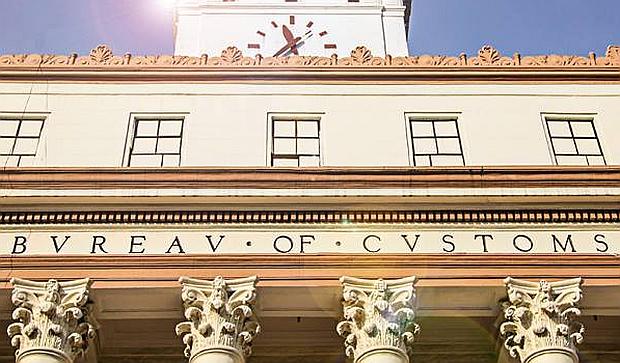 The government has started clamping down on sugar hoarding amid consumer complaints of soaring prices in the local market due to a supply shortage.

The Bureau of Customs (BOC) on Thursday raided a warehouse in San Fernando, Pampanga province, and another in Bulacan province on suspicion that they were housing hoarded sugar.

According to the Office of the Press Secretary (OPS), agents of the BOC Intelligence and Investigation Service based in Clark Freeport swooped down on Lison Building and seized thousands of “suspected hoarded sacks of imported sugar from Thailand.”

The BOC also confiscated hundreds of sacks of sugar loaded into delivery vans.

The OPS said the initial report reaching the BOC showed that the sacks of sugar found at the warehouse “appeared old and dusty, evidence of its prolonged storage/hoarding (presumably) to dictate the market prices.”

It said the customs agents also raided a warehouse owned by Victor Chua in San Jose del Monte, Bulacan, late Wednesday, where they found 25,000 to 30,000 sacks of sugar, which the owner claimed were “locally purchased.”

The BOC and the Department of Agriculture on Thursday afternoon went to check another warehouse owned by Chua also in San Jose del Monte.

The raid, the OPS said, was based on a tip that the warehouse owned by Chua had been storing hoarded sugar to rake in “huge profits from the current high sugar prices in the market.”

The BOC operations were ordered by Executive Secretary Victor Rodriguez, upon the directive of President Ferdinand Marcos Jr. for the bureau “to exercise its visitorial powers to all customs bonded warehouse and to check on the inventory of imported agricultural products” to check for sugar hoarding.

“This is a series of raids. We can confirm that there is another one today and possibly more in the coming days,” Press Secretary Trixie Cruz Angeles said in a Palace briefing on Thursday.

“The BOC’s Pampanga sugar warehouse raid may very well serve as a warning to unscrupulous traders who are currently hoarding their stocks of sugar in order to profit from the current artificial sugar shortage situation,” Rodriguez was quoted as saying in the OPS statement.

Based on reports reaching the Office of the Executive Secretary, such massive importation of sugar could “result in windfall profits for the traders” of at least P300 million, with a portion of the amount earmarked as lobby money, the statement added.

The BOC gave the warehouse owners 15 days to present the necessary documents to prove that the items were legally imported into the country.

“If proven that the Thailand sugar were smuggled, the warehouse owners may face charges of smuggling in relation to the provisions of The Customs Modernization [and Tariff] Act,” the OPS said. —WITH A REPORT FROM JUN A. MALIG