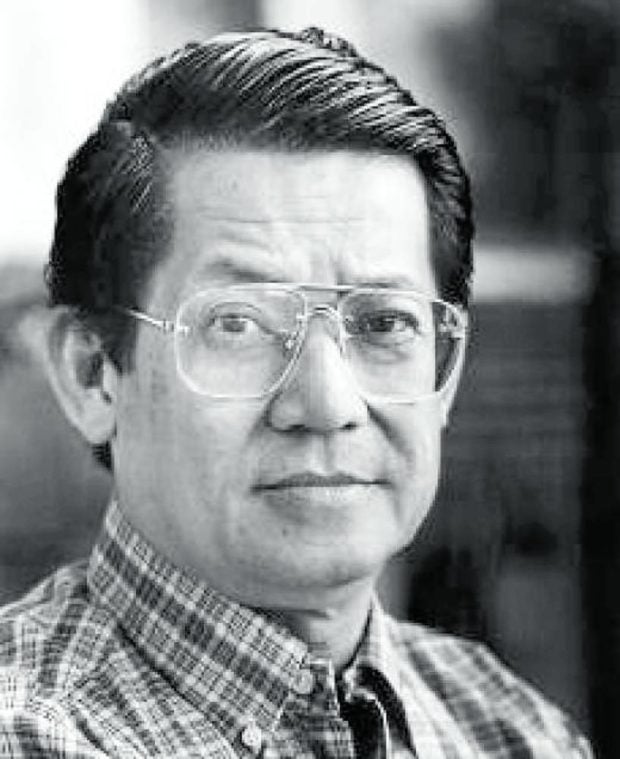 A month before the 50th anniversary of the declaration of martial law during the first Marcos administration, a coalition of veteran activists and youth leaders is stepping up their campaign against disinformation and historical revisionism by revisiting the life and legacy of the most prominent critic of the dictatorship, the late former Sen. Benigno “Ninoy” Aquino Jr., whose death is being commemorated on Sunday.

Since 2004, under a law passed during the Arroyo administration, August 21 has been declared a nonworking holiday in memory of the opposition leader who was assassinated in 1983 moments after stepping out of the plane that brought him back to the country from self-exile in the United States.

This year’s commemoration will be the first under President Ferdinand Marcos Jr., whose late father and namesake was Aquino’s political archnemesis and jailer. Three years after Aquino was shot while under military escort at what was then the Manila International Airport, the opposition found a new leader in his widow Cory, who went on to become President as the 1986 Edsa People Power Revolution drove the Marcoses out of power.

Sixteen soldiers were eventually found guilty of being in a conspiracy to kill Aquino, along with the supposed civilian gunman, Rolando Galman, who was also killed by the escorts at the tarmac. The masterminds, however, were never caught or identified.

“Many people knew how crooked the Marcos regime was but were just quiet or forced to stay silent about these abuses,” said Edith Reyes, a martial law survivor and a member of the August Twenty-One Movement (Atom), one of the political groups catalyzed by the assassination and who would stage marches and rallies pointing an accusing finger at the Marcoses.

“[Ninoy’s] death was the political awakening for many of us,” Reyes recalled.

Because of Aquino’s murder, “even people who were apolitical were suddenly speaking out,” added Aleta Tolentino, chair of the People Power Volunteers for Reform (PPVR).

“It was so dastardly that people were just moved into action. Imagine even the employees of Ayala Avenue took risks,” she said, referring to the “yellow confetti” marches in the Makati central business district, where torn bits of paper would rain from office buildings in solidarity with the protesters below. 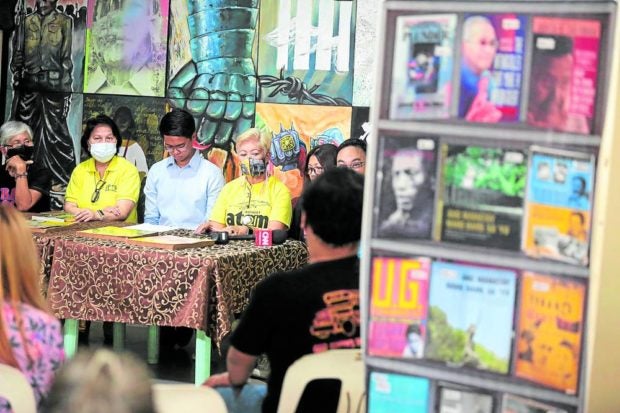 For Aquino’s 39th death anniversary, the coalition – composed of Atom, PPVR, Bantayog Foundation, Campaign Against the Return of Marcos and Martial Law, the University of the Philippines Samasa party and Akademya Kontra sa Disimpormasyon – is holding a “history fair” at Bantayog ng mga Bayani, the shrine and museum in Quezon City that preserves the memory of martial law atrocities and honors those who suffered or died challenging the dictatorship.

This Sunday’s event will include for the first time youth groups like Project Gunita, who has initiated the preservation of anti-Marcos publications and other documents of the period.

The history fair will feature photo and art exhibits, film showings and lectures about the martial law years and the events leading to Aug. 21, 1983, and the upheavals that followed.

“The goal is to pass on [the work of commemoration] to the younger generation and emphasize how important it is to continue informing and remembering history,” said Josiah Quising, Project Gunita coconvener.

But beyond mere commemoration, the groups hope to reclaim what they called “the lost narratives of Edsa.”

“By now, the name ‘Dilawan’ (Yellows) has been besmirched and demonized,” said Bantayog Foundation director May Rodriguez. “But people have to remember that the Yellow Movement [goes beyond the Aquino family] but represents all those who resisted Marcos.”

Do they feel as though their efforts have all been in vain now that a Marcos is back in Malacañang? Reyes, the martial law surivor, teared up, saying: “On election night [last May 9] when I saw Marcos winning, I really told myself: ‘Maybe Ninoy Aquino was wrong when he said ‘The Filipino is worth dying for.’’”

“But we really have to fight back. That’s why we are here, trying to awaken you again,” she said.

For Tolentino, the fact that new groups like Project Gunita are now taking the charge “is evidence that our efforts were never in vain, because the youth are now the ones seeking the truth. That is our gain.”