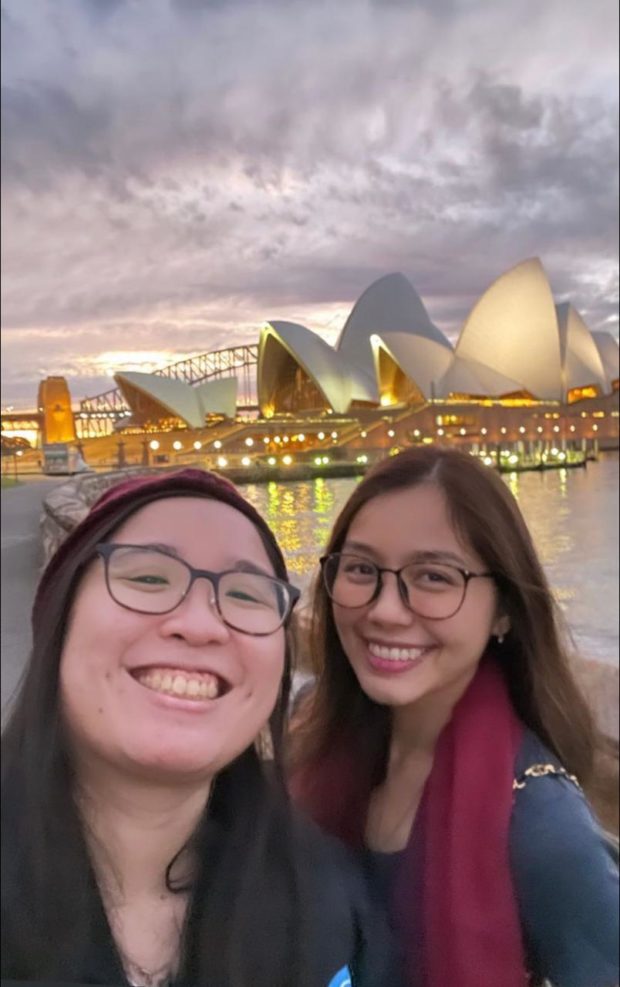 Nica del Rosario (L) shares a photo of her and partner Justine Pena in front of the Sydney Opera House in Australia on Thursday, August 18, 2022. (Photo from nicadelrosario’s Instagram)

Del Rosario on Thursday took on Twitter to share a snapshot of the sky through an airplane window.

“Off to get [married],” she wrote in the post’s caption.

The singer later revealed that she and Pena flew to Sydney, Australia for their upcoming wedding.

Contrary to the Philippines, same-sex marriage has been legal in Australia since 2017 – even for couples that are only tourist visa holders.

Read Next
Lawyer who gets P20K worth of no-contact apprehension penalty seeks SC help
EDITORS' PICK
House energy committee chair Arroyo bats for cheap electricity
Sierra Madre stands up to Karding, but needs protection vs the humans it saves
UNFPA Philippines Career Opportunities
Karding damage to infrastructure at P23M
Reignite your passion with the vivo Y35
Bongbong Marcos says PH ‘open for business’ with new Clark Airport terminal
MOST READ
Angelica Panganiban ‘duguan, sugatang mom’ one week into breastfeeding
LPA enters PAR, may develop into tropical depression
Badoy not with Office of the President, NTF-Elcac, under Marcos admin — solon
Charges readied vs gov’t guard with P290-M deposits
Don't miss out on the latest news and information.