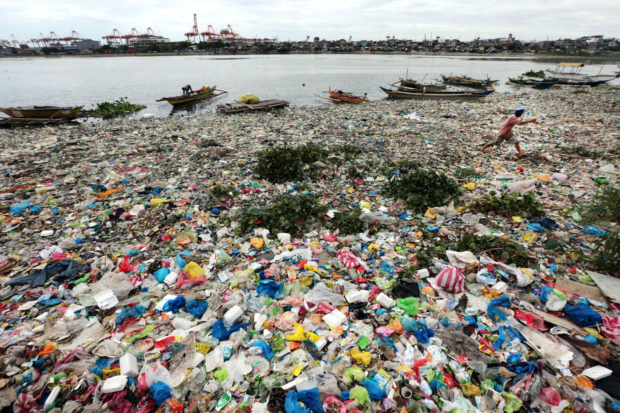 The proposed tax on single-use plastics would not only boost the government’s tax collection but will also help reduce plastic waste. But there’s a concern that the burden of paying the tax would be passed on to consumers and small retailers. (File photo by GRIG C. MONTEGRANDE / Philippine Daily Inquirer)

MANILA, Philippines — The House of Representatives Committee on Ways and Means has approved bills proposing a P20 per kilogram excise tax on single-use plastics, although there was concern that the burden would be passed on to consumers.

That was in accordance with House rules regarding bills that had already been approved on the third reading during the previous Congress.

This means that House Bill No. 220 and House Bill No. 1811 would be considered as reported to the plenary once the majority of the committee members agree.

House Bill No. 9171 was filed during the 18th Congess by several lawmakers, including Suansing’s mother, then-Rep. Estrellita Suansing, and it was approved in 2021.

Rep. Arlene Brosas of the Gabriela party-list raised several concerns, saying that it would be preferable. not to pass on the burden of paying the tax to consumers and retailers.

“Mr. Chair,  I will just make a manifestation,” Brosas said, speaking in a mix of Filipino and English. “With regard to this plastic tax, our concern here is for the tax not to be passed on to consumers. As stakeholders said earlier, those who use it [plastics] are the sellers, right?”

She noted that certain items, like food, could not be wrapped in paper but in plastic. She added that workers would not always be carrying a lunch box.

That concern aside, Brosas agreed that the use of plastics should be regulated because of environmental concerns.

“Better nga kung may baunan kasi we believe naman overall talaga ano, we would like it to be regulated, tapos for certain environmental concerns talagang gusto naman talaga natin (ma-regulate),” she said.

She added that big companies should shoulder the tax instead of the small retailers who already would only make a small profit.

If the bill from Salceda and the Suansings would be enacted into law,  the National Internal Revenue Code would have to be amended to include a single-use plastic tax of P20 per kilogram, which would then be increased by4 percent starting January 2026 and every year afterwards.

The tax on single-use plastics is meant to boost the government’s collection drive and at the same time help reduce plastic pollution, particularly in the marine environment.

Last July 8, Finance Secretary Benjamin Diokno said that single-use plastics would be taxed “sooner than later.”  However, consumer groups warned that plastic manufacturers would not be hurt by the policy as such expenses would only be passed on to consumers and retailers like sari-sari stores and its customers.