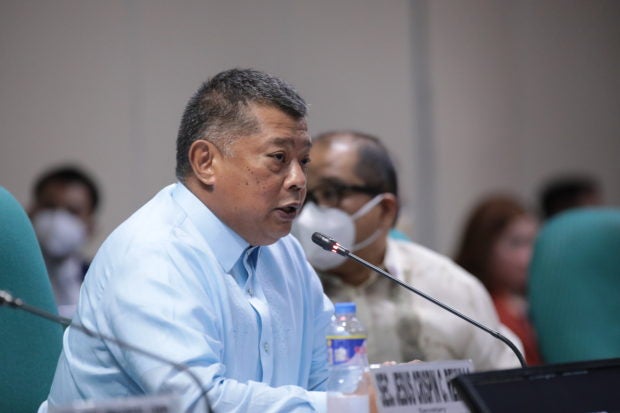 Remulla was among those who defended President Ferdinand “Bongbong” Marcos Jr.’s earlier pronouncement that the Philippines would no longer rejoin the  ICC.

“I’d just like to thank the good Secretary of Justice for his very clear and bold stand against rejoining the ICC,” Dela Rosa told Remulla during the hearing of the Senate committee on justice on Wednesday.

“It may be self-serving on my part, Mr. chair being one of the accused, to say this, but I can’t help but appreciate government officials with balls, Mr. Chairman,” the senator added.

They were among those charged before the ICC for allegedly committing crimes against humanity.

“So magpapasalamat lang po ako. (I just want to thank you.) We really need people in the government that can stand against all odds,” Dela Rosa went on.

“Again, Secretary Remulla,  from the bottom of my heart I really appreciate what you said against rejoining the ICC,” he said.

Earlier, the Justice chief said the Philippines would not be a pariah with its decision not to rejoin the international tribunal.

“The US, Russia and China are not members of the ICC, but they are not pariahs to other nations. It’s our choice not to join, hindi natin kailangan sumabay sa uso [We don’t need to go by the trend],” Remulla said then.

“I think we are within our rights not to join,” he stressed.

Read Next
Heavy rains cause floods in Metro Cebu; leave people stranded
EDITORS' PICK
Percy Lapid’s kin: ‘We demand that his cowardly assassins be brought to justice’
Nothing’s certain so here’s how everyday Filipinos can make the most out of their Plan B
Do all the things you do, faster
PNP vows to bring justice for slain Percy Lapid; says probe underway
House energy committee chair Arroyo bats for cheap electricity
‘Seniority’ requirement despite vacant posts in DOH bothers senators
MOST READ
Student stabs teacher dead in Samar town
Not rehired?: Trixie Cruz-Angeles not on list of reappointed Cabinet execs
Final net satisfaction rating slightly decreases for Robredo, Sotto — SWS
Heart Evangelista to stay abroad ‘indefinitely’: ‘Hindi muna ako babalik’
Don't miss out on the latest news and information.