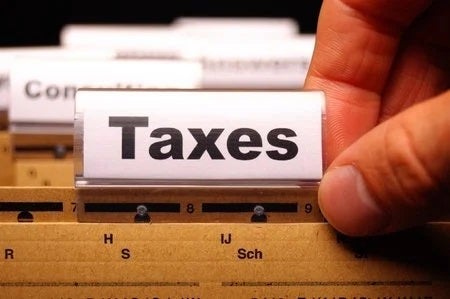 MANILA, Philippines — A bill that intends to make tax payments easier by allowing taxpayers to settle obligations and file their returns with any authorized bank or office has been approved by a House of Representatives panel.

During Wednesday’s hearing of the House committee on ways and means, House Bill No. 53 authored by the committee’s chairperson and Albay 2nd District Rep. Joey Salceda was approved, with no one from the Minority and the Majority questioning or opposing the bill.

A similar bill from Batangas 6th District Rep. Ralph Recto would be consolidated as Salceda said there were minimal differences between his and Recto’s bills.

Under Salceda’s House Bill No. 53 or the Ease of Paying Taxes, different sections of Republic Act No. 8424 or the National Internal Revenue Code of 1997 would be amended — like Section 51, which would now allow returns to be filed “with any authorized bank, Revenue District Officer, Collection Agent, [or duly authorized Treasurer of the city or municipality in which such person has his legal residence or principal place of business in the Philippines”.

Currently, taxpayers can only file their individual returns in areas where they are registered.

If the bill becomes law, Section 236 of the National Internal Revenue Code of 1997 would be amended to require the Bureau of Internal Revenue (BIR) Commissioner to ensure the availability of registration facilities to taxpayers who are not residing in the Philippines.

A new title would also be added outlining taxpayers’ rights, where it explicitly states that taxpayers would not be required to pay more than the prescribed amount and would be informed about easy-to-understand information.

Some of the rights outlined are also present in House Bill No. 2823 authored by Recto, like the right of a taxpayer to be informed about pending assessments and the right to simple and non-technical statements that would be easier to understand, and the right to a speedy disposition of cases.

One difference between Salceda and Recto’s bill, however is that the Albay lawmaker’s proposal would create a Taxpayer’s Advocate Office, which has the mandate of ensuring that the rights of taxpayers are protected.

This is not the first time that a bill seeking to make tax payments easier  methods was filed in the House.  Last January 25, the ways and means committee in the 18th Congress, chaired also by Salceda, approved a similar bill.  However, it was not approved during the said edition of the Congress.