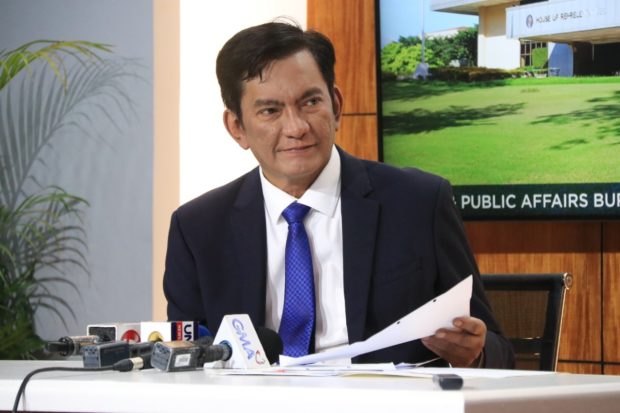 MANILA, Philippines — The House committee on ways and means approved Monday the bill seeking to ease settlement of taxes and codify a bill of rights for taxpayers in the country.

During its meeting, the committee approved House Bill No. 7881 or the “Ease of Paying Taxes Act” filed by Albay Rep. Joey Salceda which seeks to protect taxpayer welfare.

Under the bill, taxpayers, including overseas Filipino workers (OFWs), will be able to apply for tax identification numbers, file and pay taxes, without the need for physical appearance.

Forms are also expected to be significantly reduced for small and medium taxpayers, Salceda said.

Salceda said that the bill also seeks to unify the requirement for VAT documentation, requiring only an invoice instead of both an invoice and a receipt.

In filing the measure, Salceda said that the bill seeks to improve “tax morale” or the enthusiasm of taxpayers to meet their tax obligations.

“One of the roots of our lack of competitiveness is low tax morale. People aren’t excited to pay taxes because the process is tedious, and open to abuse and rent-seeking,” Salceda said.

Moreover, the bill also seeks to institutionalize the taxpayers bill of rights which include the following:

“This is the first ever tax reform dedicated exclusively to making the taxpayer’s experience easier. I anticipate very quick approval in the House, especially since even my colleagues in the minority are co-authors and supporters,” Salceda said.

The bill will be brought to the plenary for further debates before it can be approved on second and third reading.

Read Next
Duterte to kin of SAF 44: ‘We owe you a debt that cannot be repaid’
EDITORS' PICK
New PS-DBM director says DepEd laptop MOA ‘not legal’
House energy committee chair Arroyo bats for cheap electricity
Motorcycles, smartphones, and cash prizes up for grabs in TNT’s ‘Tuloy Ang Saya’ Raffle in Mindanao
Look Through: Super Typhoon Karding barrels through parts of Philippines
DA: Karding farm damage to jack up rice, veggie prices
Do all the things you do, faster
MOST READ
Shopee PH gets flak for getting Toni Gonzaga
Robredo’s tarpaulin portrait at Palace just a ‘placeholder’
New PS-DBM director says DepEd laptop MOA ‘not legal’
Robredo supporter tackles elephant in room: No massive fraud in 2022 polls, surveys were just right
Don't miss out on the latest news and information.