Over 4,500 motorists apprehended, briefed on return of number coding 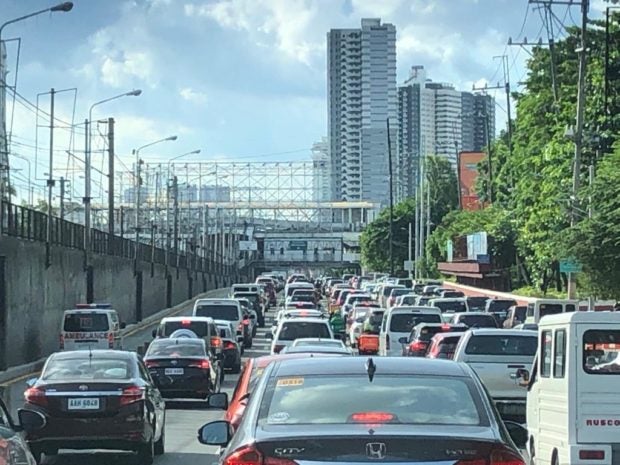 The Metropolitan Manila Development Authority has resumed the number coding scheme in Metro Manila roads since August 15, 2022, in anticipation of the return of face-to-face classes of students. INQUIRER.net file photo / JONATHAN VICENTE

MANILA, Philippines — A total of 4,527 vehicles have so far apprehended in the dry run of the expanded number coding scheme in Metro Manila, the Metropolitan Manila Development Authority (MMDA) said on Tuesday.

On the first day of the dry run, which started on Monday, a total of 1,588 vehicles have been apprehended and reminded of the number coding scheme, MMDA traffic czar Edison Nebrija.

(We also told them that there are available alternative routes that they can use should they be stuck in traffic during the number coding hours.)

Nebrija told motorists to plan their trips ahead so they can avoid rush hours and the number coding hours.

The number coding scheme was updated to prepare for the full face-to-face classes in November, the MMDA earlier said.

Thus, vehicles with plate numbers ending in 1 and 2 will be prohibited from using public roads on Mondays; 3 and 4 on Tuesdays; 5 and 6 on Wednesdays; 7 and 8 on Thursdays; and 9 and 0 on Fridays.