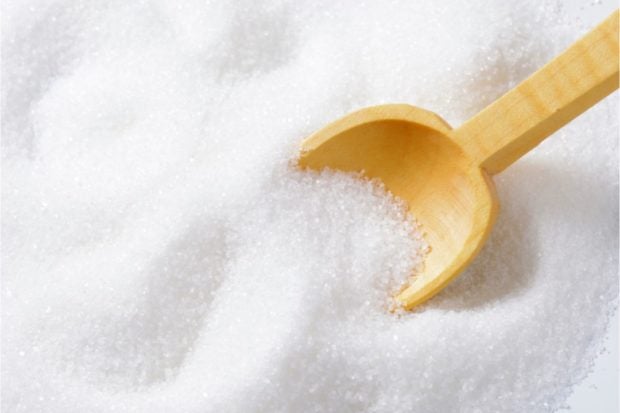 MANILA, Philippines — Sugar importation would be acceptable to local millers if there would be a 50-50 sharing of the product between industrial users and ordinary consumers, according to Cornelio Toreja, the president of the Luzon Federation of Sugar Producers Inc.

He pointed out that industrial users would be getting less than half of the sugar authorized to be imported under Sugar Order No. 3 of the Sugar Regulatory Administration, the implementation of which has been delayed by two temporary restraining orders.

Torjea said he had a Zoom meeting with SRA chief Hermenegildo Serafico a few weeks earlier. He asked the Serafico about the status of the 200,000 metric tons of sugar to be imported.

He learned that of the total amount only 35,000 metric tons were allocated to industrial users.

“Our suggestion as stakeholders is it should not have been allotted for just a few industrial users,” Toreja told lawmakers in Filipino.

“The mandate of the SRA is to regulate. It should have regulated that properly. At least 50 percent should have been allotted for industrial users and 50 percent for domestic [users] and the market so that the prices of our sugar won’t be so high,” he added.

Several factors have made sugar production slower than usual, Toreja explained. The effects of climate change and, in particular, the recent onslaught of Typhoon Odette, were among the factors that diminished the sugar yield in Luzon.

But largely the production slowdown was due to the rising costs of fertilizers and fuel.

“In truth, we producers sell our sugar for only P45 to P55. Somewhere in May or June, all. the sugar that we produced had run out. So with the high prices of inputs — fertilizers in particular — the price of urea has reached P3,000 per bag, when previously it was only P1,000. It’s the same thing with fuel. That a big reason why our production went down in the last crop year 2021 to 2022,” Toreja said.

Earlier, the two House committees held a briefing earlier about SRA Sugar Order No. 4, which sought the importation of 300,000 metric tons of sugar — a move that President Ferdinand Marcos Jr. rejected.

Sugar Order No. 4 became controversial when it turned out that it was signed by then-Undersecretary Leocadio Sebastian on behalf of Marcos.

The Palace denied that the president had anything to do with the order. Sebastian resigned shortly after the issue blew up.

The administration vowed to conduct an investigation, not only of Sebastian but other officials of the SRA and the Department of Agriculture who might have been involved in the proposed importation.

In his vlog on Sunday, Marcos admitted that there might be a need to import sugar if supply runs out by October — due to lower production in sugar-producing provinces that were hit by Typhoon Odette.

He stressed, however, that the amount to be imported would definitely be lower than the proposed 300,000 metric tons.

At the House briefing, Toreja emphasized that the Luzon Federation of Sugar Producers would prefer markets to receive a share of the refined sugar so that prices would be stabilized.

He also noted that there would be no need to buy raw sugar.

“We agree that there is a need to import refined sugar to immediately address domestic high prices and stabilize supply.  Number 2, there is no necessity to import raw sugar as some mills will already start milling and additional processing and refining will delay full impact on prices,” Toreja said, reading a statement issued by the federation.

“Importation should be opened to accredited traders with track records and use should not be confined to any specific sector — rather, to the domestic market as a whole,” he added.

PH may import sugar around October if supply runs out