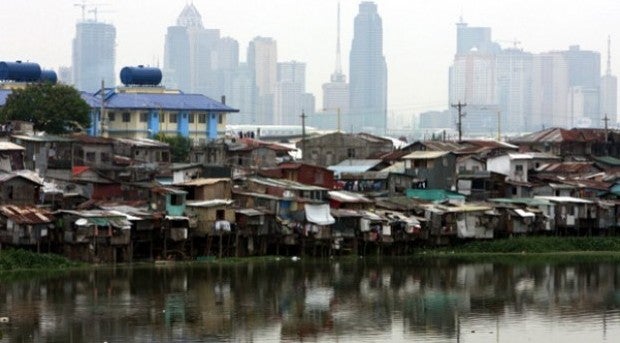 In its report 2021 Full Year Official Poverty Statistics of the Philippines, national statistician Dennis Mapa said the poverty incidence among the population in 2021 rose to 18.1 percent compared to the 16.7 percent recorded in 2018.

The poverty incidence among the population is defined as the proportion of the Filipinos whose per capita income cannot sufficiently meet their individual basic food and non-food needs, according to the PSA.

“This translates to around 19.99 million Filipinos who lived below the poverty threshold of about P12,030 per month for a family of five,” the PSA said in a statement.

Mapa said the National Capital Region recorded the lowest poverty incidence among the population at 3.5 percent, while the Bangsamoro Autonomous Region in Muslim Mindanao recorded the highest at 37.2 percent.

In general, ten regions recorded higher poverty incidence among the population in 2021 when compared to data recorded in 2018, said Mapa.

In terms of population, Mapa said 6.55 million Filipinos are deemed food-poor. This is likewise higher than the 5.54 million food-poor Filipinos recorded in 2018.

Moreover, the subsistence incidence, which is defined as the proportion of Filipinos whose income is not enough to meet even just the basic food needs, slightly increased to 5.9 percent in 2021.

In 2018, the subsistence incidence was at 5.2 percent, according to Mapa.

Read Next
DOTr eyeing more Edsa bus stops, Caloocan City bus terminal
EDITORS' PICK
Percy Lapid’s kin: ‘We demand that his cowardly assassins be brought to justice’
Nothing’s certain so here’s how everyday Filipinos can make the most out of their Plan B
Do all the things you do, faster
PNP vows to bring justice for slain Percy Lapid; says probe underway
House energy committee chair Arroyo bats for cheap electricity
‘Seniority’ requirement despite vacant posts in DOH bothers senators
MOST READ
Student stabs teacher dead in Samar town
Trixie Angeles quits as press secretary due to health reasons
Not rehired?: Trixie Angeles not on list of reappointed Cabinet execs
Heart Evangelista to stay abroad ‘indefinitely’: ‘Hindi muna ako babalik’
Don't miss out on the latest news and information.