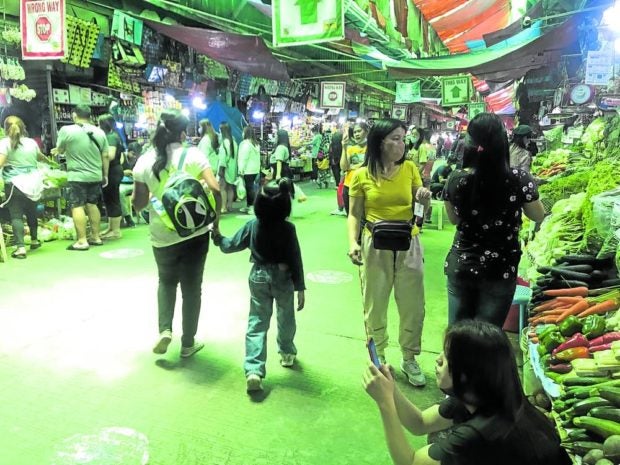 NO CASH | The Baguio City Public Market, as shown in this photo taken in late July, will be piloting the Bangko Sentral ng Pilipinas’ PalengQR project, which encourages merchants, storekeepers, and even jeepney drivers to collect fees through digital payment platforms in order to develop a cashless economy. (Photo by VINCENT CABREZA / Inquirer Northern Luzon)

BAGUIO CITY, Benguet, Philippines — In this city’s public market, itself a tourist destination, cash is optional.

The Bangko Sentral ng Pilipinas (BSP) on Sunday rolled out a national campaign to popularize cashless payments in the grassroots economy, which was piloted at the tourist-friendly Baguio City Public Market.

The BSP said the program was part of the banking sector’s process for constructing a “digital payments ecosystem.”

The project, dubbed “PalengQR,” encourages the average vendor, shopkeeper and public utility vehicle driver to transact with their customers or passengers through digital payment platforms, such as Globe Telecom’s GCash or Smart Communication’s Maya.

“We are hoping and praying [PalengQR] will spread throughout the Philippines and it will reach the sidewalk vendors, the tricycle drivers and the jeepney drivers,” said BSP Governor Felipe Medalla, during the launching program at Malcolm Square also attended by BSP Deputy Governor Bernadette Romulo Puyat and Baguio officials led by Mayor Benjamin Magalong.

“This is important. I noticed sometimes when I took the jeep that the driver’s wife sits in the front [to collect their passengers’ fare]. That was not too wise. They lose one revenue seat. Then I found out she was auditing the husband,” joked Medalla, a former dean of the University of the Philippines School of Economics. “With PalengQR, she won’t need to ride along anymore. She can just check her husband’s records [for the day],” he added.

He said: “Imagine a world where you no longer need collateral. The biggest thing that holds back the poor is a chicken and egg question. You don’t have property for collateral so you can’t take out a loan. But because you can’t acquire credit, you won’t have property.”

“To break that really very bad negative cycle,” the BSP is developing a “credit scoring system” with the Japan International Cooperation Agency, which would be able to calculate an individual’s credit score, Medalla said.

A credit score, which is used globally by the financial sector, represents an individual’s “creditworthiness” based on his monetary behavior or his pattern of expenditures and how well he settles his obligations. 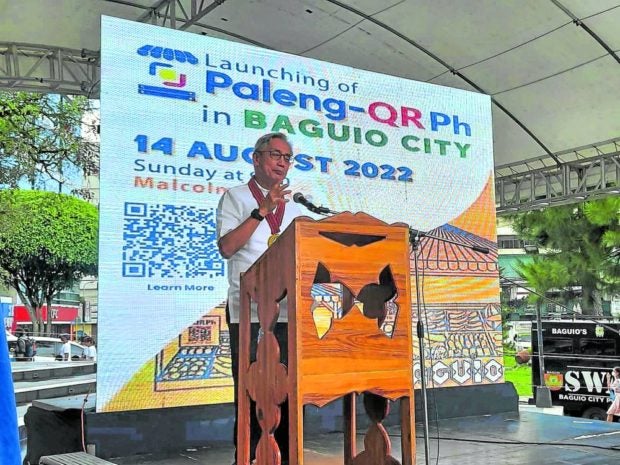 Merchants protected by the BSP digital system could allow their personal banks to look at their records, and even without any collateral, the credit scores alone would convince banks to approve their loan applications, said Medalla, who also served as the socioeconomic planning secretary of former President Joseph Estrada in the late 1990s.

The Smart City program is a digital automation system that utilizes artificial intelligence to manage peace and order, traffic, disaster surveillance, as well as health, social work and other public services. Its digital infrastructure is still under construction, and will be powered by a Baguio Broadband Network promised by former Information Technology Secretary Gregorio Honasan II.

Many in the city’s business sector have adopted cashless transactions during the lockdowns due to the coronavirus pandemic.

“What we are doing is a big idea that will bring unprecedented change. We have entered the age of innovation and we have to adapt to the fast-paced world of digital transformation. This pandemic has shown the importance of going digital,” Magalong said.