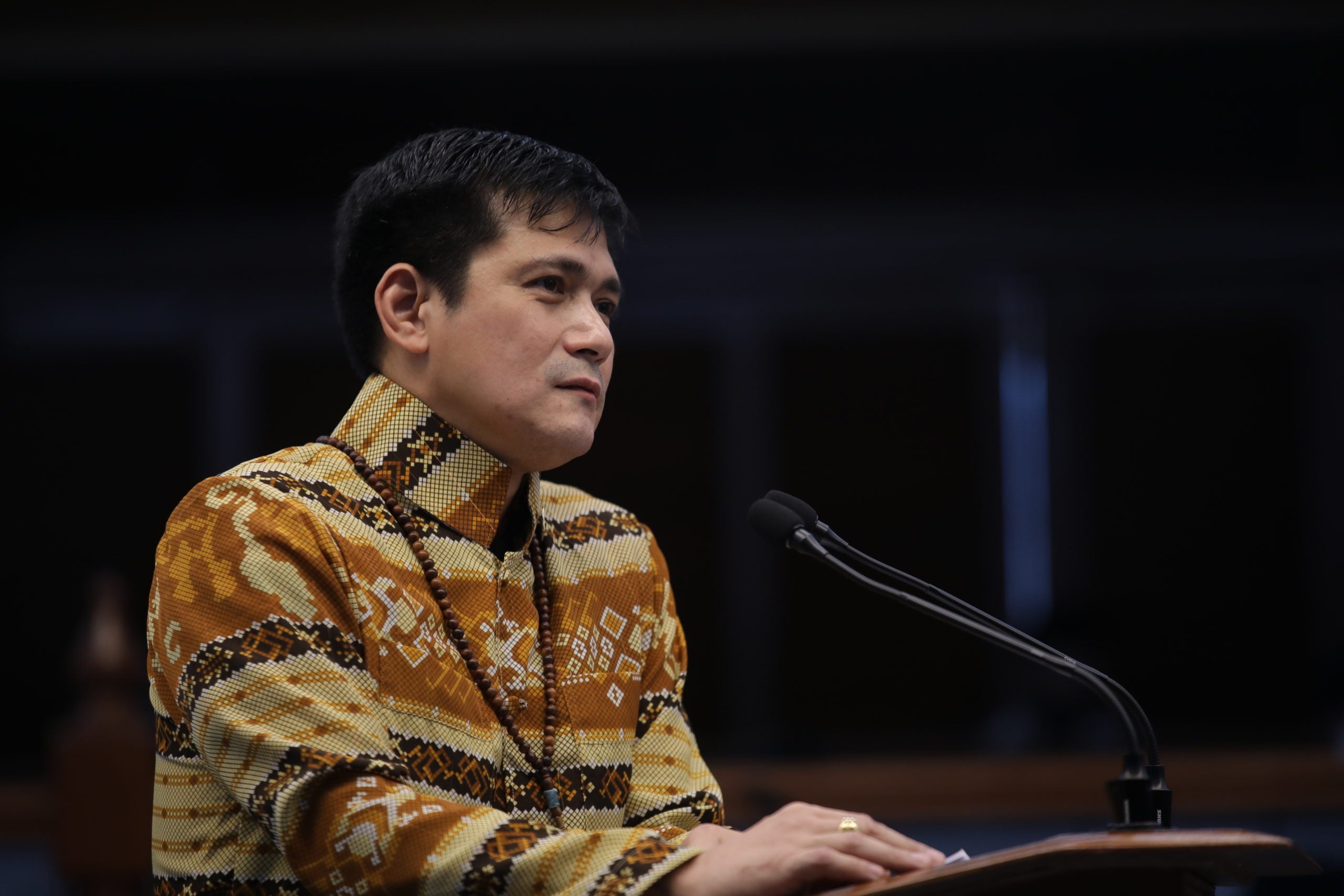 (FILE) Sen. Robinhood Padilla, in a privilege speech Tuesday, August 9, 2022, appeals to the government to give attention to the descendants of the last Sultan of Sulu who recently won in the French arbitration court against Malaysia over Sabah claims. (Joseph Vidal/Voltaire F. Domingo/Senate PRIB)

MANILA, Philippines — The Grand Imam of the Marawi Grand Mosque and his followers have withdrawn their support for Senator Robinhood Padilla as they also condemn the senator’s “sponsorship of same-sex marriage.”

In a statement of condemnation from the Office of the Grand Imam of the Marawi Grand Mosque, Grand Imam Alim Abdulmajeed Djamla said he and his followers have withdrawn their support for Padilla and “strongly condemn” his sponsorship of Senate Bill No. 449 or “An Act Institutionalizing Civil Unions of Same Sex Couples, Establishing Their Rights and Obligations, and For Other Purposes.”

“I regret to inform all Muslims in general and the Muslims in the Philippines that I and those who follow me have withdrawn our support for Senator Robin Padilla and strongly condemn his sponsorship of Same-Sex Marriage Bill No. (449) Civil Unions Acts in the Senate,” said Djamla.

“This is based on the doctrine that same-sex marriage is considered immoral by all religions and is forbidden (Haram) under Islamic law,” he added.

According to Djamla, whoever commits such acts from among the Muslims is “tantamount to disbelief (Kufr) which is outside the creed of Islam.”

However, Padilla did not technically sponsor a bill on same-sex marriage but rather a bill that only seeks to institutionalize the civil unions of same-sex couples in the country.

Under current law, same-sex couples do not have the rights married straight or heterosexual couples enjoy such as the right to adopt children as a couple, tax exemptions, and labor benefits, among others.

This is because the country’s Family Code defines marriage as restricted between a man and a woman, but under the civil union bill, same-sex couples would at the very least get the same benefits as married straight couples, but will not actually be categorized as “married.”

Several bills on gender equality, including acts on civil union, and protection against discrimination have been filed in Congress multiple times but have been blocked by legislators because of religious reasons.