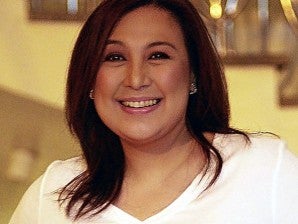 The land in question is a 398-square-meter lot located on 205 Tomas Morato Avenue in Quezon City, which was purchased in 1998 for P5 million. Ten years later, the actress’ firm filed an ejectment case against Torres and his family based on a claim of absolute ownership since petitioner’s (Torres) occupation of the lot was accordingly by mere tolerance.

Petitioners argued that there was a pending case in a different court about the ownership of the lot. Cuneta bought the lot from a certain Antonia Aruego, half-sister of Torres’ wife. Torres argued that Antonia fraudulently subdivided the disputed the lot. He explained that her father’s (Jose Aruego Sr.) share of the over 700-square-meter property was equivalent to only 265 square meters and that, upon his death, it must be divided among his second wife, son, grandchildren and illegitimate daughter Antonia, who cannot have over 300 square meters of it as her share.

But Cuneta argued that the sole issue for resolution was the physical possession of the property. She maintained that she bought the property in good faith, relying solely on the validity of Antonia’s title.

“Petitioner’s contentions are not well taken. It is well established that every person dealing with a registered land may safely rely on the correctness of the certificate of title issued … and the law will in no way oblige him to go beyond the certificate to determine the condition of the property,” the court said.

“The matters concerning the validity of sale and as to whether or not Antonia’s title was fraudulently obtained, as well as SCI’s good faith in acquiring the subject property are the very issues still pending [at Quezon City Regional Trial Court Branch 221],” the court said.

It pointed out that since SCI has the title to the property, “SCI has a clear and legal right to the full possession of the subject property until after its certificate of title thereto shall have been validly annulled.”