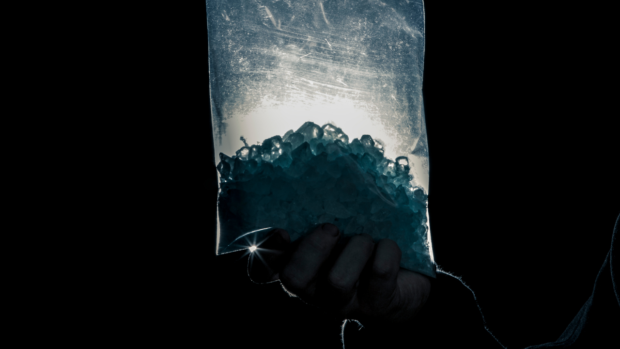 LUCENA CITY – Police arrested two drug suspects and seized over P421,000 worth of shabu (crystal meth) in a buy-bust operation in Calamba City on Friday.

The drug suspects, identified as Ronnie Ortiz and Rosario Belmonte, were collared at around 9:00 p.m. after they sold shabu to an undercover police officer in Barangay (village) 1, the Police Regional Office 4-A, said.

Seized from the suspects were six plastic sachets of shabu weighing 62 grams.

In Morong, Rizal, police also arrested Jomar Alejo, Laurence Evaresto and John Aniban in Barangay San Pedro at 7:40 p.m., also Friday, after they were found carrying five sachets of shabu, one undocumented and loaded .38 caliber gun and a toy gun.

The motorcycle-riding suspects were nabbed after a brief chase when they evaded policemen at a checkpoint.

All suspects are under police custody and will face a formal complaint fo violating the Comprehensive Dangerous Drugs Act of 2002.