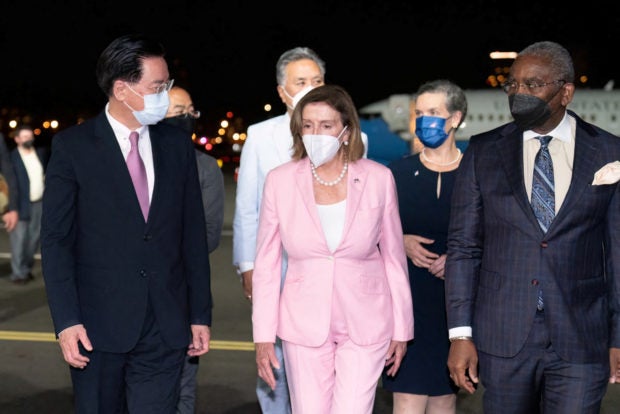 WASHINGTON  –  U.S. Indo-Pacific coordinator Kurt Campbell said on Friday that China “overreacted” to U.S. House of Representatives Speaker Nancy Pelosi’s visit to Taiwan and used it as a pretext to try to change the status quo in the Taiwan Strait.

The American response would be patient and effective, and the U.S. presence and posture in the region would account for China’s more destabilizing behavior, Campbell told reporters in a call.

“China has overreacted and its actions continue to be provocative, destabilizing and unprecedented,” Campbell said, calling it part of an “intensified pressure campaign” against Taiwan.

“It has not ended and we expect it to continue to unfold in the coming weeks and months,” Campbell said, adding that several Chinese warships remain around Taiwan, a self-governed island.

Taiwan President Tsai Ing-wen said on Thursday that China’s threat of force is undiminished, even though Beijing’s largest- ever military drills around the island following Pelosi’s visit last week seemed to be scaling down.

Campbell reiterated that the United States would conduct standard air and maritime transits through the Taiwan Strait in the coming weeks, and that it would announce an “ambitious road map” for trade negotiations with Taiwan in the coming days.

“And we will ensure that our presence, posture and exercise account for China’s more provocative and destabilizing behavior, with a view towards guiding the situation in the western Pacific towards greater stability,” he said.